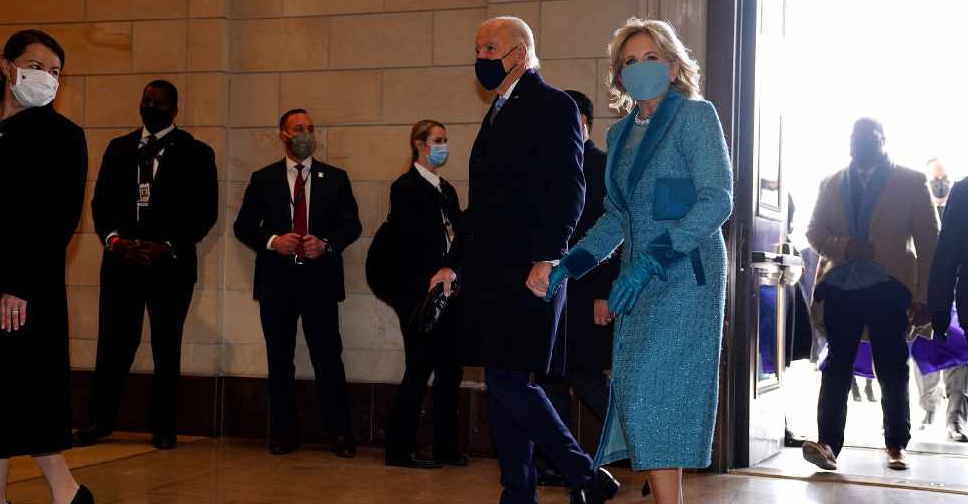 Joe Biden arrived at the U.S. Capitol on Wednesday for his presidential inauguration, ready to take over a country battered by the coronavirus pandemic and to put an end to a tumultuous four years under President Donald Trump.

Democrat Biden, 78, will become the oldest U.S. president in history at a scaled-back ceremony in Washington.

Trump, a Republican, left the White House with his wife Melania just after 8 a.m. (1300 GMT) and went by helicopter to a sendoff event at Joint Air Force Base Andrews, where he promised supporters "we'll be back in some form" and extolled his administration's successes before flying off to Florida.

Top Republicans, including Vice President Mike Pence, were not there to see him go.

Biden arrived at the Capitol just before 10:30 (1530 GMT) for his inauguration after a visit to church, where he was joined in a show of unity by the two most senior Republicans in Congress: Senator Mitch McConnell and House of Representatives Minority Leader Kevin McCarthy.

With only a small number of attendees present, Biden will take the oath of office before U.S. Chief Justice John Roberts, placing his hand on an heirloom Bible that has been in the Biden family for more than a century.

Trump flouted one last convention on his way out. His refusal to attend his successor's swearing-in breaks with more than a century and a half of political tradition.

The president did, however, leave a customary note for Biden in the Oval Office, according to a White House official, though it was not yet known what it said.