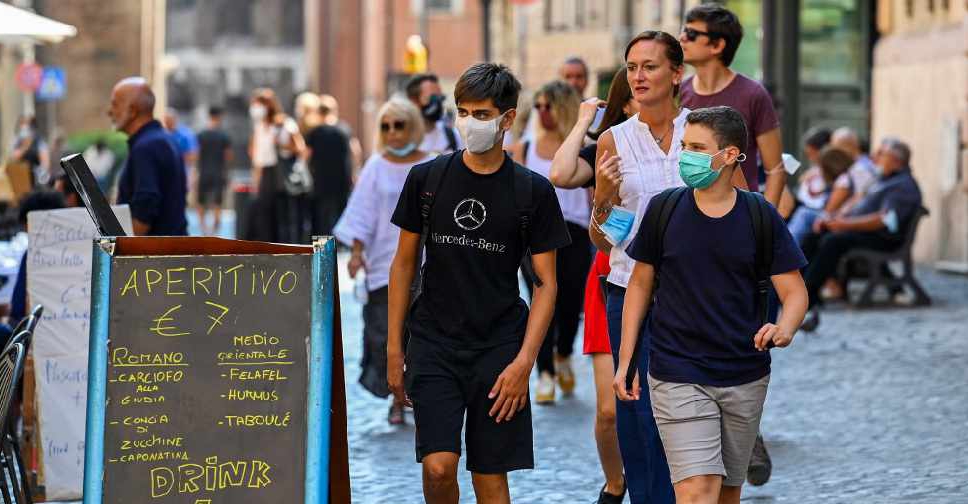 Italy is considering making the use of masks outdoors mandatory nationwide to fight the coronavirus, Health Minister Roberto Speranza said on Tuesday.

Infections in Italy, the first European country to be hit by the virus, have risen steadily over the past two months and two regions, Lazio around Rome and Campania around Naples, have already made mask-wearing mandatory outside.

"We are working on a proposal to make the use of masks compulsory," Speranza told the Chamber of Deputies.

On Saturday, Italy saw 2,844 new cases, its highest daily count since April, but still far below the numbers being recorded in France, Spain and Britain.

The daily death toll is normally below 30, a far cry from the tallies of close to 1,000 it suffered at the peak of its epidemic in late March, but Prime Minister Giuseppe Conte said on Tuesday there was no room for complacency.

"The battle is not won, and we will need to remain on maximum alert during the weeks and months to come," he said at a conference in Rome.

Italy has seen some 36,000 deaths since its outbreak came to light on Feb. 21, the second-highest official toll in Europe after Britain.

Conte said last week he would ask parliament to extend the country's COVID-19 state of emergency to the end of January and the cabinet is due to meet late on Tuesday to formalise the decision.

The state of emergency, due to expire in mid-October, gives greater powers to central government, making it easier for officials to bypass the bureaucracy that smothers much decision-making in Italy.