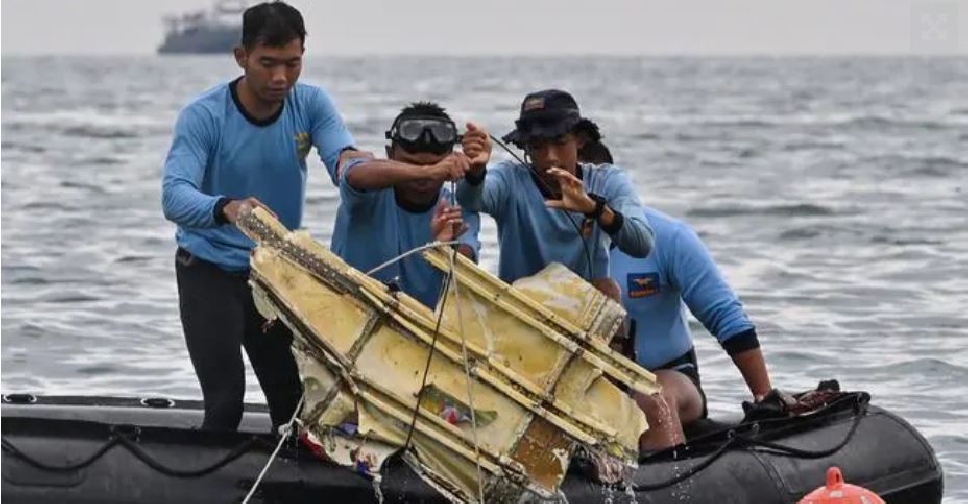 Indonesian divers prepared to resume a search on Thursday for the remains of 62 victims and the cockpit voice recorder from a Sriwijaya Air plane that plunged into the Java Sea soon after takeoff last weekend, officials said.

The search at the crash site of the downed Boeing 737-500, that was traveling from Jakarta to Pontianak, was temporarily suspended on Wednesday after bad weather whipped up high waves.

"We hope that today’s weather will be calm," said search and rescue director Rasman MS. "With good weather that can support our operations, they (the divers) hope to achieve optimum results in finding the victims and plane debris.”

A team of divers recovered one of the plane’s so-called black boxes, the flight data recorder (FDR), from the seabed earlier this week with efforts underway on Thursday to retrieve the cockpit voice recorder (CVR).

With the cause of the fatal crash of the 27-year-old plane unclear, investigators will rely heavily on the black boxes to determine what caused the jet to lose control minutes after take-off.

The country’s transport ministry previously confirmed the ill-fated jet had been grounded in the early months of the coronavirus pandemic, but had passed airworthiness requirements in mid-December and resumed service shortly after.

On Wednesday, divers had continued to retrieve plane debris, as well as body parts and the personal effects of the 62 Indonesians on board.

The national police's disaster victim identification (DVI) team has identified six victims from the flight, including a crew member and two passengers, according to CNNIndonesia.

The Sriwijaya crash is the second major airline disaster in Indonesia after 189 people were killed onboard a Lion Air Boeing 737 Max that plunged into the Java Sea minutes after take-off in 2018.