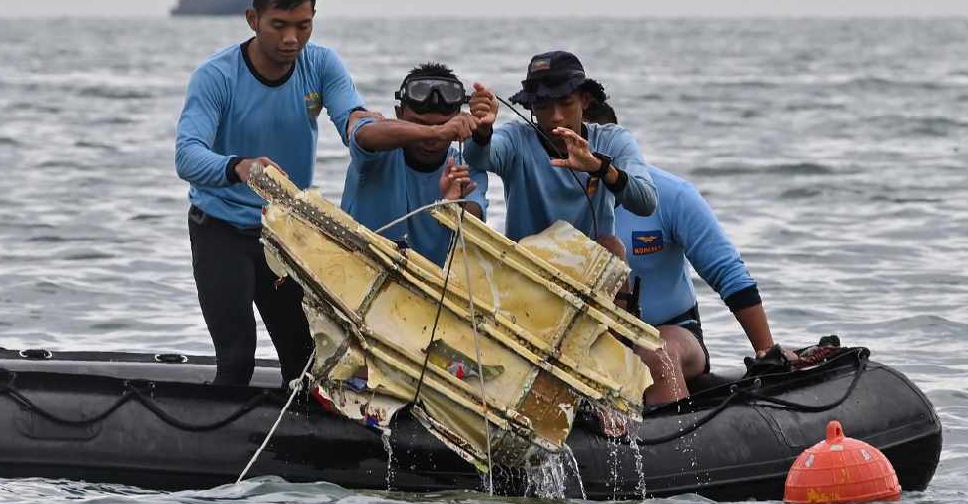 Indonesian authorities on Sunday located the black boxes of the Sriwijaya Air jet that crashed into the sea soon, as human body parts and suspected pieces of the plane were retrieved.

The Boeing 737-500 with 62 passengers and crew was headed to Pontianak in West Kalimantan on Saturday before it disappeared from radar screens four minutes after takeoff from Jakarta.

"Hopefully, we can retrieve them soon," said military chief Hadi Tjahjanto, without giving an estimated timeframe.

Pieces of wreckage were brought to Jakarta port by rescuers. Authorities said they came from a depth of 23 metres (75 feet) near a group of islands off the Jakarta coast.

One twisted piece of metal was painted in Sriwijaya Air's blue and red colours. Indonesian authorities said they had also retrieved body parts and clothing.

The plane had 12 crew and 50 passengers on board, all Indonesians and including seven children and three babies.

President Joko Widodo, speaking at the palace in Bogor, expressed "deep condolences" over the disaster and urged the public to pray the missing people could be found.

It is the first major aircrash in Indonesia since 189 passengers and crew were killed in 2018 when a Lion Air Boeing 737 Max in 2018 also plunged into the Java Sea soon after takeoff from Soekarno-Hatta International Airport.