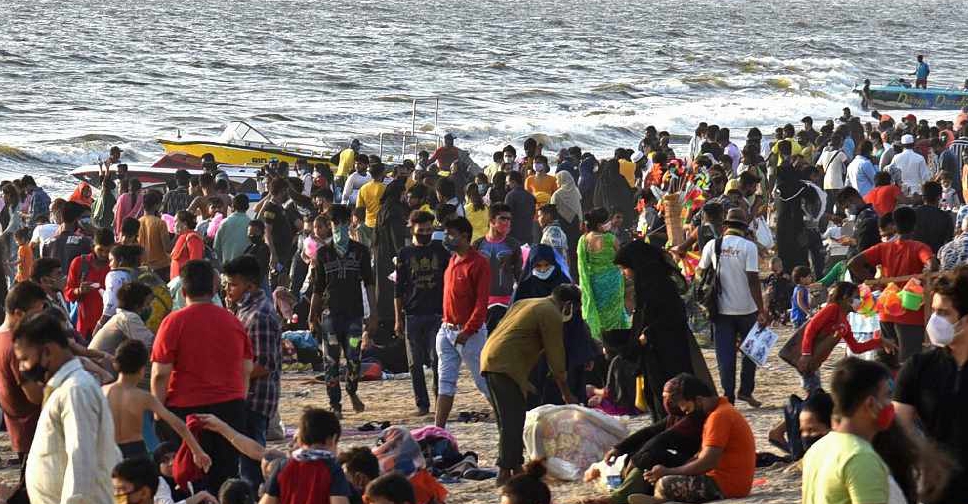 India reported a record rise in coronavirus infections on Monday, becoming only the second country after the United States to register more than 100,000 new cases in a day.

The country's daily infections have leapt about 12 fold since hitting a multi-month low in early February, when authorities eased most restrictions and people largely stopped wearing masks and following social distancing.

More infectious variants of the virus may have also played a role in the second surge, some epidemiologists say.

With 103,558 new infections, India has now reported 12.6 million cases, the highest after the United States and Brazil, data from the health ministry showed.

India has recorded the most number of infections in the past week anywhere in the world.

Deaths jumped by 478, still one of the lowest fatality rates in the world, raising the total to 165,101.

The state will start shutting shopping malls, cinemas, restaurants and places of worship from Monday evening. Authorities will also impose a complete lockdown at weekends, as experts worried about a shortage of critical-care beds in hospitals, especially in its smaller cities.

India's previous daily high in cases was 97,894, hit in mid-September and after which infections had come down sharply, only to rise again starting late February as the economy reopened fully and new virus mutants spread.