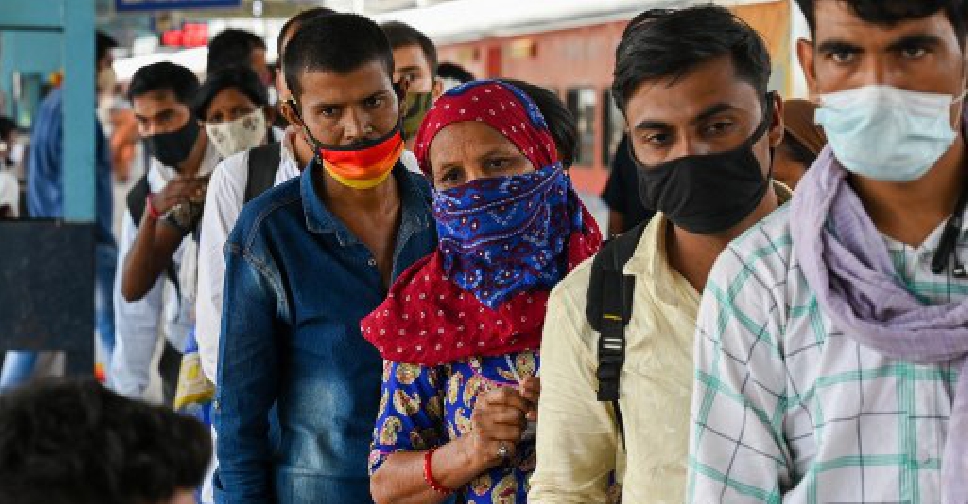 The spike in numbers was the seventh record daily increase in the last eight days.

India is battling a massive second wave of infections, with the epicentre located in the locked down western state of Maharashtra, home to Mumbai.

India reported 200,739 COVID-19 cases over the last 24 hours, according to health ministry's latest data on Thursday.

The total case load reached 14.1 million, only second to the United States, which leads the global tally with 31.4 million cases.

Hospitals and doctors in Maharashtra as well other regions including Gujarat and Delhi in the north reported chaotic scenes as healthcare facilities were overwhelmed with a rise in admissions of COVID-19 patients.

"The situation is horrible. We are a 900-bed hospital, but there are about 60 patients waiting and we don't have space for them," said Avinash Gawande, an official at the Government Medical College and Hospital in Nagpur, a commercial hub in Maharashtra.

Hospitals in other places including Gujarat, Prime Minister Narendra Modi's home state, reported oxygen shortages. "If such conditions persist, the death toll will rise," the head of a medical body in Ahmedabad wrote in a letter to the Gujarat state chief minister.

India's government said the country was producing oxygen at its full capacity everyday for the last two days and it had boosted output.

"Along with the ramped up production of the oxygen manufacturing units and the surplus stocks available, the present availability of oxygen is sufficient," the health ministry said in a statement on Thursday.

In the capital Delhi, daily COVID-19 cases are hitting new records, with doctors warning the surge could be deadlier than in 2020.

"This virus is more infectious and virulent .... We have 35-year olds with pneumonia in intensive care, which was not happening last year," said Dhiren Gupta, a paediatrician at Sir Ganga Ram Hospital in New Delhi. "The situation is chaotic."