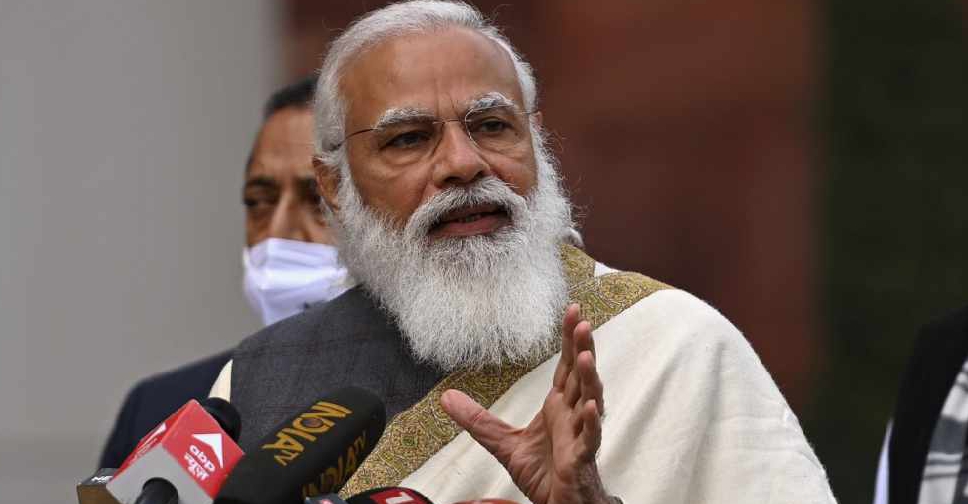 Tens of thousands of farmers have camped on the outskirts of the capital for more than two months, protesting new agricultural laws they say benefit private buyers at the expense of growers.

A tractor parade on Tuesday's Republic Day turned violent when some protesters deviated from pre-agreed routes, clashing with police and breaking into the historic Red Fort complex in the capital. One died and hundreds were injured.

"The country was saddened by the insult to the Tricolour (Indian flag) on the 26th of January in Delhi," Modi said in a radio address on Sunday.

"The government is committed to modernising agriculture and is also taking many steps in that direction."

Farm leaders say they were not responsible for violence, that was caused by a minority of those on the parade, and the government has left open the possibility talks between the two sides will resume.

Modi told opposition party leaders on Saturday an offer to freeze the laws for 18 months still stands, according to a government summary of the meeting.

Agriculture employs about half of India's labour force, and unrest among an estimated 150 million landowning farmers is one of the biggest challenges to Modi's rule since he first came to power in 2014.