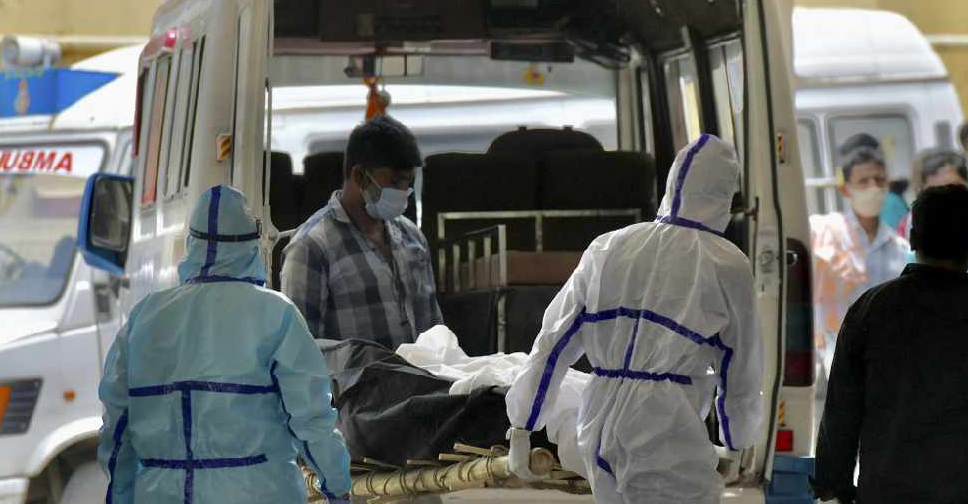 "The situation is very critical, worrying. Oxygen is in short supply," said chief minister Arvind Kejriwal, adding that almost one in four tests for the virus were giving a positive result.

"Beds equipped with oxygen supplies, and for critical care, are filling fast."

New Delhi, which has imposed a weekend curfew, is among the worst hit cities in India, where a second major wave of coronavirus infections is straining health infrastructure.

In recent weeks, criticism has mounted over how the federal government of Prime Minister Narendra Modi has handled the health crisis, as religious festivals and election rallies continue despite reports of shortages of hospital beds, oxygen cylinders and vaccination doses.

After imposing one of the world's strictest lockdowns for nearly three months last year, India’s government relaxed almost all curbs by the beginning of 2021, although many regions like New Delhi and state of Maharashtra have introduced localised restrictions.

"This is Narendra Modi’s biggest crisis yet. It is bigger than any security threat, external or internal, or even the economic attrition of 2020," political commentator Shekhar Gupta wrote in a column on Saturday.

As complaints rise about slow vaccination rollout and shortages, Federal Health Minister Harsh Vardhan on Saturday said 125 million doses have already been administered and 11.6 million doses would be made available in a week.

Some local governments - including in the New Delhi city - have raised concerns over shortages and hoarding of anti-viral drug Remdesivir.

Nawab Malik, a minister from Maharashtra, accused Modi's federal government on Twitter for restricting Remdesivir supplies to the state. A minister in Modi's cabinet, Mansukh Mandaviya, denied the allegation, saying adequate supplies were being arranged.

Mandaviya said on Twitter the government had intervened and prices of Remdesivir injections have been significantly reduced.

After hundreds of thousands of ascetics and devout Hindus gathered for several days along the banks of the Ganges for the Kumbh Mela, Modi on Saturday called for restraint, saying on Twitter the festival should now be kept "symbolic".

Those returning to Mumbai from the Kumbh Mela will have to quarantine, the city mayor said.

Experts have warned about the spread of more contagious variants of the disease, especially during large-scale gatherings for religious festivals and political rallies.

On Saturday, Modi was scheduled to hold two rallies in eastern state of West Bengal where state polls are ongoing. In recent weeks, such rallies have attracted thousands of people, few of whom follow COVID-19 safety protocols.

"Stop spreader rallies," the Times of India said in an editorial on Saturday, adding: "Business as usual is an unaffordable luxury until this virus is conclusively tamed."