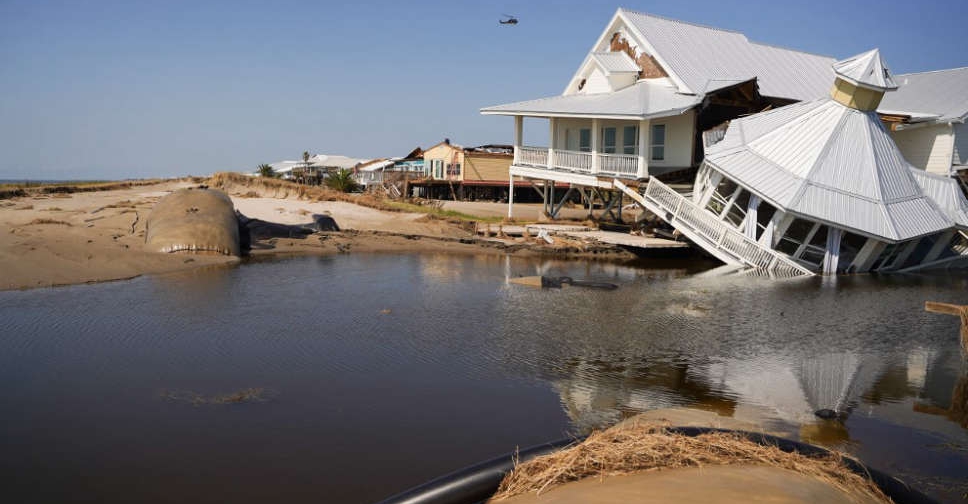 Hurricane Ida's toll rose to 12 storm deaths in Louisiana, still far outpaced by the dozens killed in flooded Northeast US states where President Joe Biden is heading next week to assess damage.

At a media briefing, governor Bel Edwards warned those numbers could increase as many people are still relying on power from generators, which were blamed for four carbon monoxide deaths among the 12 deaths.

More than 718,500 customers in Louisiana are still without power, down from the 1.1 million people that Hurricane Ida's devastation initially left in the dark, the governor said.

New York and New Jersey were among the four northern states that started the Labor Day holiday weekend digging through debris left by the deadly deluge that killed more than 44 people and caused public transportation in New York City to grind to a halt. Transportation operators promised to restore some lines before the start of the work week on Tuesday.

Biden will visit storm-ravaged New Jersey and New York on Tuesday, just days after he travelled to hard-hit Louisiana where the storm made landfall almost a week ago. His Northeast travels will include Manville, New Jersey, and the Queens borough of New York City, the White House said.

After Biden mentioned the possibility of using a cruise ship to house workers trying to restore power, the Bahamas Paradise Cruise Line said it would deploy its Grand Classica flagship to New Orleans to house 1,500 frontline workers under a charter agreement with Entergy Corp.

“Hurricane relief and humanitarian charters are something we’ve done several times in the past, and we are proud to be able to move quickly to action now in this way, helping facilitate relief for the thousands of people who remain without power across the region," Kevin Sheehan, president of the cruise line, said in a statement.

Hot weather continues in the area nearly a week after Ida made landfall in Louisiana on Sunday as a Category 4 hurricane, downing trees, power lines and debris with wind gusts that reached 276 kph.

Amid the cleanup in the Northeast, commuters using public transportation to venture into their offices amid the COVID-19 pandemic may not be completely in the clear with Hurricane Larry intensifying as it churns about 1,700 km east of the Leeward Islands.

"Higher swells could approach the Northeast coast by the end of the week, with Larry staying off shore," meteorologist Bob Oravec of the National Weather Prediction Center in College Park, Maryland, told Reuters.