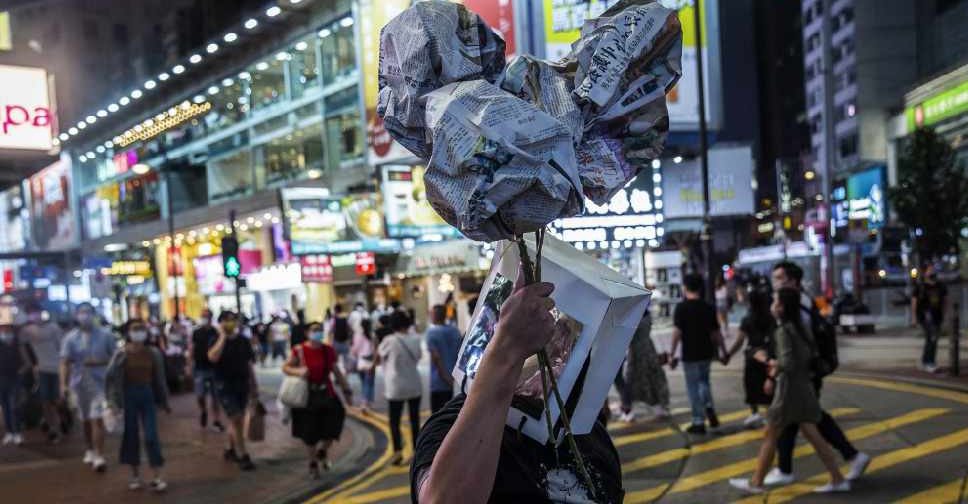 Police blocked off a Hong Kong park on Friday to prevent people gathering to commemorate the anniversary of China's 1989 Tiananmen Square crackdown.

The planned vigil's organiser was arrested.

The ban on the vigil came amid growing concern in the pro-democracy movement and internationally about the suppression of the semi-autonomous city's traditional freedoms, notably a national security law imposed by Beijing last year.

The annual June 4 vigil is usually held in the former British colony's Victoria Park, with people gathering to light candles for the pro-democracy demonstrators killed by Chinese troops in Beijing 32 years ago.

This year, with thousands of police deployed across the city, some marked the anniversary in churches or at home amid fears of being arrested.

In the working class district of Mong Kok, minor scuffles broke out and police arrested one person.

As night fell, police cleared people from around Victoria Park as they walked with their phone lights on.

"Being able to have a memory is a basic human right. Taking that away is beyond anyone’s authority," District Councillor Derek Chu told Reuters. "We need to remember those people who have been sacrificed for democracy in the past."

Chow told Reuters earlier this week that June 4 was a test for Hong Kong "of whether we can defend our bottom line of morality".

The Alliance's chairman, Lee Cheuk-yan, is in jail over an illegal assembly.

Authorities warned of more arrests and said that anyone who took part in an unauthorised assembly could face up to five years in jail.

Police cordoned off most of the downtown park, including football pitches and basketball courts. They also conducted stop-and-search checks across the city, with officers posted at three cross-harbour tunnels.