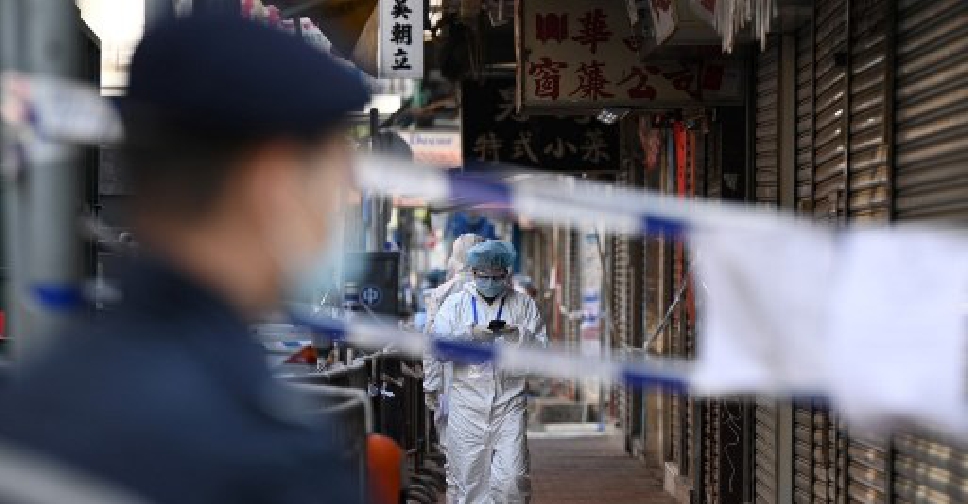 Hong Kong's government locked down an area of Kowloon peninsula on Saturday after an outbreak of the novel coronavirus, saying 10,000 residents must stay home until they have been tested and the results largely determined.

The first such measure the city has taken since the pandemic began has occurred in the densely populated neighbourhoods of Jordan that is home to many ageing, subdivided flats in which the virus could spread more easily.

The government said there are 70 buildings in the restricted area, which is close to the International Commerce Centre (ICC), and it aims to finish the process within about 48 hours, so that people can start to return to work on Monday.

"We are doing this also to dispel worries of the residents because there was talk that this is an epidemic area and it affected the life, psychology and business of the people here," Lam said at a briefing close to the cordoned-off area.

By 1 pm (0500 GMT) local time on Saturday, the government said about 3,000 people had been tested in the restricted area.

The restricted area has confirmed 162 confirmed cases of COVID-19 this month, and the ratio of virus detected in sewage samples from buildings there was higher than that of other areas.

Authorities in Hong Kong, one of the world's most densely populated cities, have taken aggressive measures to combat the COVID-19 pandemic. Other current restrictions include a ban on in-house dining after 6 pm and the closure of facilities such as gyms, sports venues, beauty salons and cinemas.