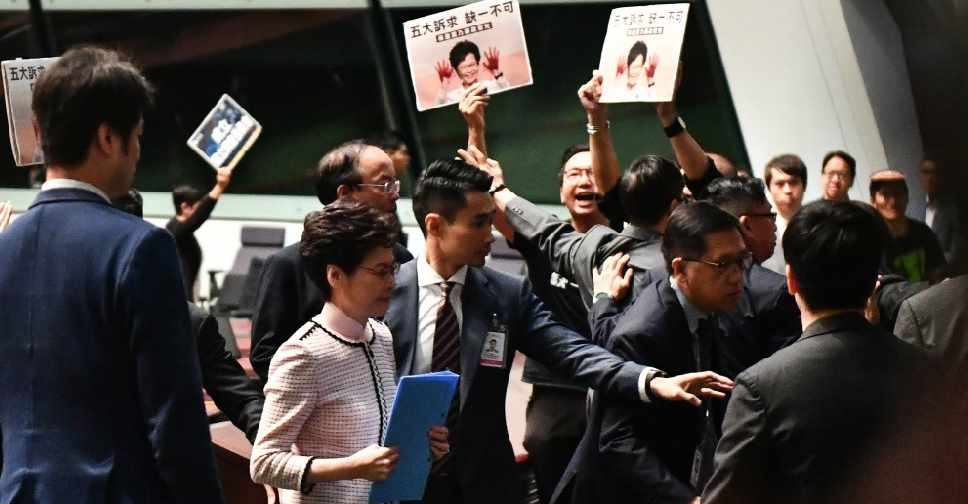 She had to halt her initial attempts to deliver the address as they shouted "five demands, not one less," referencing to the list of requests by protesters.

However, Lam appeared unapologetic about her government's response to the protests during her policy statement.

"Any acts that advocate Hong Kong’s independence and threaten the country’s sovereignty, security and development interests will not be tolerated," she said.

"Despite the stormy times and overwhelming difficulties Hong Kong is experiencing, I believe that so long as we accurately adhere to the principle of 'one country, two systems', we will be able to get out of the impasse."

Lam later told a news conference that she had held "closed-door" meetings with some members of the protest movement and that more talks were planned once the unrest ended.

But she has rejected calls to step down.