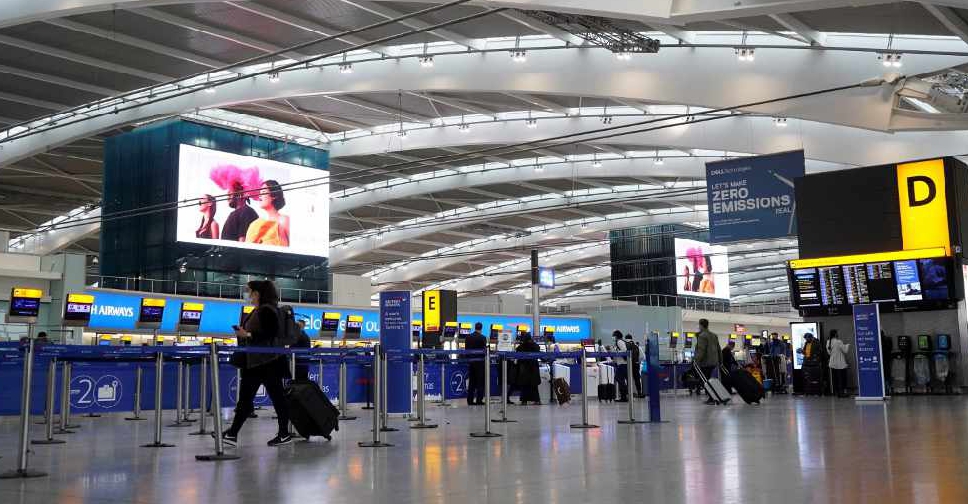 The news was a disappointment to millions of people hoping for a summer holiday and sent travel stocks - including easyJet , British Airway-owner, Jet2 and TUI - down 2-4 per cent in early trade on Tuesday.

The United Kingdom has had one of the worst COVID-19 tolls in the world, but deaths and infections are falling fast and a successful vaccination campaign is finally breathing confidence back into the population and the economy.

However, as a gradual easing of lockdown is set to begin from this weekend, the government is warning that people may have to sacrifice long-desired holidays abroad.

"We are seeing this third wave rising in some parts of Europe and we're also seeing new variants and it is very important that we protect the progress that we've been able to make here in the UK," health minister Matt Hancock told Sky News.

The United Kingdom currently bans all foreign travel, except for work, education or health reasons. However, the government is to review that in April and possibly allow it from May 17.

The new travel fines were included in legislation applying until the end of June in case the ban is not eased, Hancock said, adding to other comments by officials hinting at an extension of the prohibition.

Hancock said it was too early to say for sure.

The legislation, which went to parliament on Monday, would be voted on during Thursday's session and, if approved as expected, come into force on March 29, he said.

It applies only to England, but Scotland, Wales and Northern Ireland may follow suit.

The European travel sector, which usually benefits from the millions of Britons who take trips abroad, are now bracing for a second lost summer.

Britain's travel sector has lost more than 45,000 jobs and passenger numbers at the biggest airport, Heathrow, have fallen to their lowest since 1966 during the crisis.

The government's review on April 12 is expected to introduce a risk-based traffic light system where countries are classified as "green" or "red".