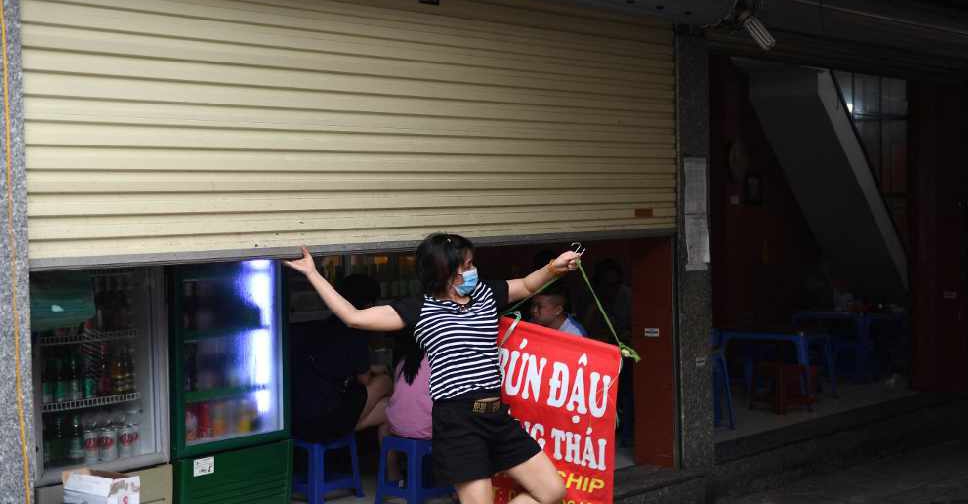 Vietnam's business hub Ho Chi Minh City will begin social distancing measures for 15 days starting from May 31, in an effort to curb the spread of COVID-19.

The city has seen a spike in cases related to a religious mission that has recorded at least 125 positive tests, accounting for most of the city's infections, according to a government statement.

"All events that gather more than 10 people in public are banned city-wide, but the city is considering to lower the number of people to just five," the government said.

Go Vap district, where the Revival Ekklesia Mission is located, will be under full restrictions, and people there will not be allowed to go out unnecessarily, the statement said.

Ho Chi Minh City on Friday shut down shops, restaurants and other services, and suspended religious activities until further notice, the city said in a statement.

People 60 or older were encouraged to stay home, it also said.

It comes after authorities announced the detection of a hybrid of the Indian and UK COVID-19 variants.

"Vietnam has uncovered a new COVID-19 variant combining characteristics of the two existing variants first found in India and the UK," Health Minister Nguyen Thanh Long said, describing it as a hybrid of the two known variants.

"That the new one is an Indian variant with mutations that originally belong to the UK variant is very dangerous," he told a government meeting, a recording of which was obtained by Reuters.