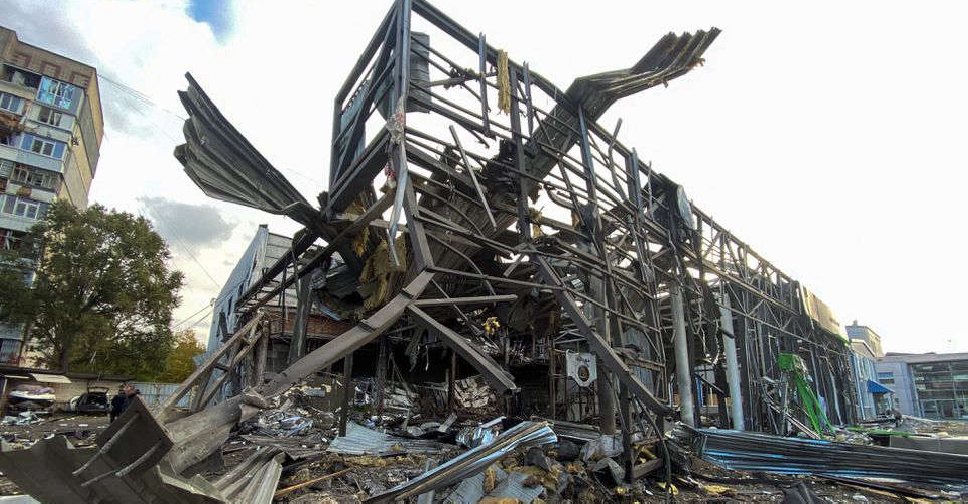 Gunmen shot dead 11 people at a Russian military training ground on Saturday, the defence ministry said, in the latest blow to President Vladimir Putin's forces since the invasion of Ukraine.

RIA news agency cited the ministry as saying 15 other people were wounded in the shooting on Saturday, in Russia's southwestern Belgorod region that borders Ukraine, when two men gunned down a group who had volunteered to take part in the war.

It said the two assailants - nationals from an unspecified former Soviet republic - had been shot dead. Some Russian independent media outlets reported that the number of casualties was higher than the official figures.

"A terrible event happened on our territory, on the territory of one of the military units," the governor of Belgorod region Vyacheslav Gladkov said early on Sunday.

"Many soldiers were killed and wounded ... There are no residents of the Belgorod region among the wounded and killed," Gladkov said in a video post on the Telegram messaging app.

The attack took place a week after a blast damaged a bridge in Crimea, the peninsula annexed by Russia from Ukraine in 2014. Earlier in the war, Russia's flagship in the Black Sea blew up and sank.

"During a firearms training session with individuals who voluntarily expressed a desire to participate in the special military operation (against Ukraine), the terrorists opened fire with small arms on the personnel of the unit," RIA cited a defence ministry statement as saying.

Just a day earlier, Putin said Russia should be finished calling up reservists in two weeks, promising an end to a divisive mobilisation that has seen hundreds of thousands of men summoned to fight in Ukraine and huge numbers flee the country.

Oleksiy Arestovych, an advisor to Ukrainian President Volodymyr Zelenskiy, said in a YouTube interview that the attackers were from the Central Asian nation of Tajikistan and had opened fire on the others after an argument over religion.

The Russian ministry had said the attackers were from a nation in the Commonwealth of Independent States, which groups nine ex-Soviet republics, including Tajikistan.

Reuters was not immediately able to confirm the comments by Arestovych, a prominent commentator on the war, or independently verify casualty numbers and other details of the incident.

The independent Russian news website SOTA Vision said the attack occurred in the small town of Soloti, close to the Ukrainian border and about 105 km southeast of Belgorod.

Zelenskiy said on Saturday that Ukrainian troops were still holding the strategic eastern town of Bakhmut despite repeated Russian attacks while the situation in the larger Donbas region remained very difficult.

Russian forces have repeatedly tried to seize Bakhmut, which sits on a main road leading to the cities of Sloviansk and Kramatorsk. Both are situated in the Donetsk region.

In the 24 hours to Sunday morning, Russian forces targeted more than 30 towns and villages across Ukraine, launching five missile and 23 air strikes and up to 60 rocket attacks, the General Staff of Ukraine's Armed Forces said on Sunday.

Fighting is particularly intense in the eastern provinces of Donetsk and Luhansk, and the strategically important Kherson province in the south, three of the four provinces Putin 'annexed'.

The positions of the South forces were attacked several times on Saturday and a small "shooting battle" took place near the village of Tryfonivka (in Kherson), Ukraine's Armed Forces southern command said on Sunday.

Russian forces also fired nearly 20 Russian-made Grad rockets on the right bank of the Dnipro River in the Kherson region, it said.

Russia's defence ministry said on Saturday that its forces had killed scores of Ukraine soldiers and destroyed five tanks near the Kakhovka Reservoir on the Dnipro River.

Although Ukrainian troops have recaptured thousands of square kilometres of land in recent offensives in the east and south, officials say progress is likely to slow once Kyiv's forces meet more determined resistance.

Ukrainian forces and civilians are relying on Starlink internet service provided by Elon Musk's SpaceX rocket company. Musk said on Friday he could no longer afford to fund the service but on Saturday said he would continue to do so.

Zelenskiy said almost 65,000 Russians had been killed so far since the February 24 invasion, a figure far higher than Moscow's official September 21 estimate of 5,937 dead. In August, the Pentagon said Russia has suffered between 70,000 and 80,000 casualties, either killed or wounded.