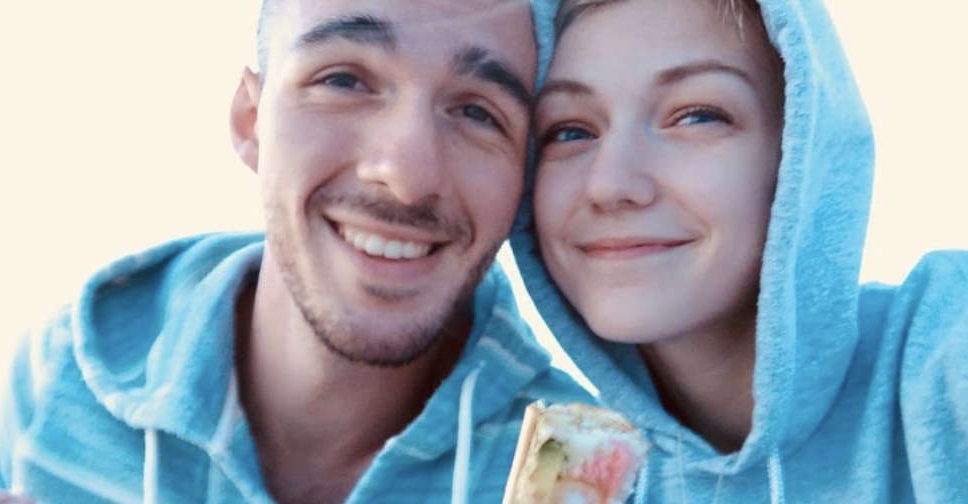 Petito's boyfriend, whom police have sought for six days in connection with her death, was charged on Thursday with fraudulently using her bank debit card.

A search warrant was issued for 23-year-old Brian Laundrie, after a grand jury in US District Court in Wyoming indicted him on a single count of unlawfully using the card and Petito's personal identification number.

He was not charged in the 22-year-old travel blogger's death, during their cross-country road trip.

"While this warrant allows law enforcement to arrest Mr. Laundrie, the FBI and our partners across the country continue to investigate the facts and circumstances of Ms. Petito's homicide," FBI Denver Special Agent in Charge Michael Schneider said in a statement.

"We urge individuals with knowledge of Mr. Laundrie's involvement in this matter or his current whereabouts to contact the FBI," Schneider said.

Investigators appear to believe she was killed sometime from August 27 to 30.

Americans have followed the case closely in the media since Petito was reported missing by her mother, Nicole Schmidt, on September 11.

Ten days earlier Laundrie returned home to North Port, Florida, without her from the road trip.

Petito's body was discovered on Sunday near the remote Spread Creek Dispersed Campground in Bridger-Teton National Forest in western Wyoming.

Coroner's investigators have ruled her death a homicide, but have not revealed the cause of death.

Police and FBI agents using divers, tracking dogs and helicopters have been searching for Laundrie in the Carlton Reserve wilderness area near North Port since Friday, when his parents told them that he had gone there to hike three days earlier.

Search teams ended a sixth day of searching the alligator-infested wilderness as darkness fell on Thursday, saying they would resume the search on Friday.

The FBI on Thursday asked for information from members of the public who may have had contact with Laundrie or Petito at the Spread Creek Dispersed Campground from August 27 to 30.

Petito's remains were found less than 1,000 feet (300 m) from where, on the evening of August 27, another pair of travel bloggers caught video images of the couple's 2012 white Ford Transit van parked along a dirt road.

Petito, who was documenting the couple's "van life" road trip on social media, posted her final photo to Instagram on August 25, the same day that she last spoke to her mother by phone.

The family believes the couple was headed to Grand Teton National Park in Wyoming at the time.

Schmidt received text messages from Petito's phone on August 27 and 30, but suspects that someone other than her daughter sent them, according to investigators.

In one text Petito's grandfather is referred to by his first name, which Schmidt says was out of character for her daughter.

The second message said only "No service in Yosemite," the national park in California that Petito and Laundrie are not believed to have visited during their trip.

Petito and Laundrie, who met at a Long Island, New York, high school, left New York in early July heading west, and posted on social media as they traveled through Kansas, Colorado and Utah.

On August 12, a 911 caller reported that Laundrie was slapping and hitting Petito in front of the Moonflower Community Cooperative in Moab, Utah.

Moab police stopped the van on a highway near Arches National Park.

Body camera footage showed Petito crying as she described an argument that escalated into her slapping Laundrie as he drove.

The officers did not detain the couple but told them to spend the night apart.