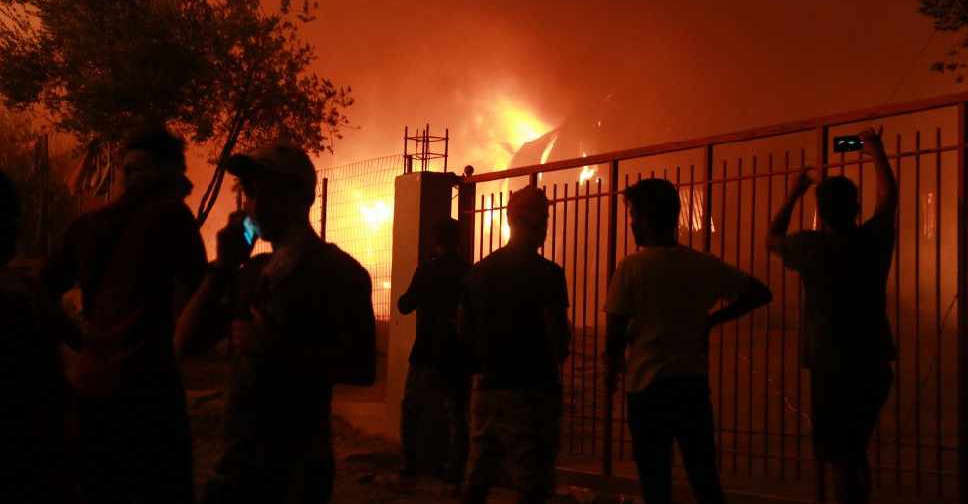 A fire broke out at Greece's overcrowded migrant camp of Moria on the island of Lesbos in the early hours of Wednesday.

The cause of the blaze was not immediately clear, with fires burning both inside and outside the facility.

A police official said that migrants were being taken to safety.

At least 28 firemen with 9 engines, aided by volunteers, were battling the flames.

The Moria facility, which hosts more than 12,000 people - more than four times its stated capacity - has been frequently criticised by aid groups for poor living conditions.

The facility was placed under quarantine last week after authorities confirmed that an asylum-seeker had tested positive for the coronavirus.

Confirmed infections have risen to 35 since then.

Lesbos, which lies just off the Turkish coast, was on the front line of a massive movement of refugees and migrants to Europe in 2015-2016.

Due to the coronavirus pandemic, since March 1, all migrants reaching the island have been quarantined away from the camps.

In the Moria camp, aid groups have warned that social distancing and basic hygiene measures are impossible to implement due to the living conditions.

Wildfires fanned by strong winds were also burning in two other areas on the island.