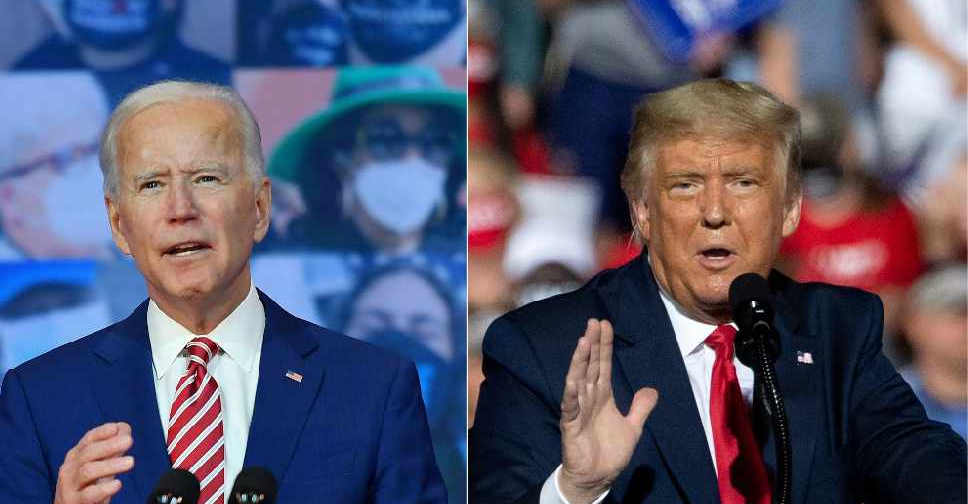 The FBI said it is investigating an incident in which a convoy of vehicles flying flags in support of President Donald Trump surrounded a bus carrying campaign staff for Democratic challenger Joe Biden.

Friday's incident - captured on video that was retweeted by Trump on Saturday with the message, "I LOVE TEXAS!" - prompted the Biden campaign to cancel at least two of its Texas events as Democrats accused the president of encouraging supporters to engage in acts of intimidation.

Video footage showed a group of pickup trucks and SUVs bearing pro-Trump flags surrounding the Biden campaign bus as it travelled north along Interstate 35 between San Antonio and Austin.

The Biden campaign said the Trump caravan tried to force the bus to slow down and to run it off the road.

One video clip aired on CNN showed a Trump-flagged pickup swerve into the side of another vehicle travelling just behind the bus. The Texas Tribune newspaper reported the sideswiped vehicle was being driven by a Biden campaign staffer.

According to the Biden campaign, staff aboard the bus called emergency-911 to report the incident, with local law enforcement responding to the calls and assisting the bus reaches its destination.

"FBI San Antonio is aware of the incident and investigating," special agent Michelle Lee, a spokeswoman for the Federal Bureau of Investigation in San Antonio, told Reuters in an email. "No further information is available at this time."

Trump took to Twitter on Sunday night to criticise the FBI investigation of his supporters, writing: "In my opinion, these patriots did nothing wrong."

During a campaign stop in Michigan earlier in the day, Trump said: "Did you see our people yesterday? They were protecting his bus."

Speaking about the incident on the campaign trail on Sunday in Philadelphia, Biden said: "We've never had anything like this. At least we've never had a president who thinks it's a good thing."

Neither Biden nor his running mate, Senator Kamala Harris, was aboard the bus. The Texas Tribune reported passengers included Democratic US House of Representatives candidate and former Texas state Senator Wendy Davis.