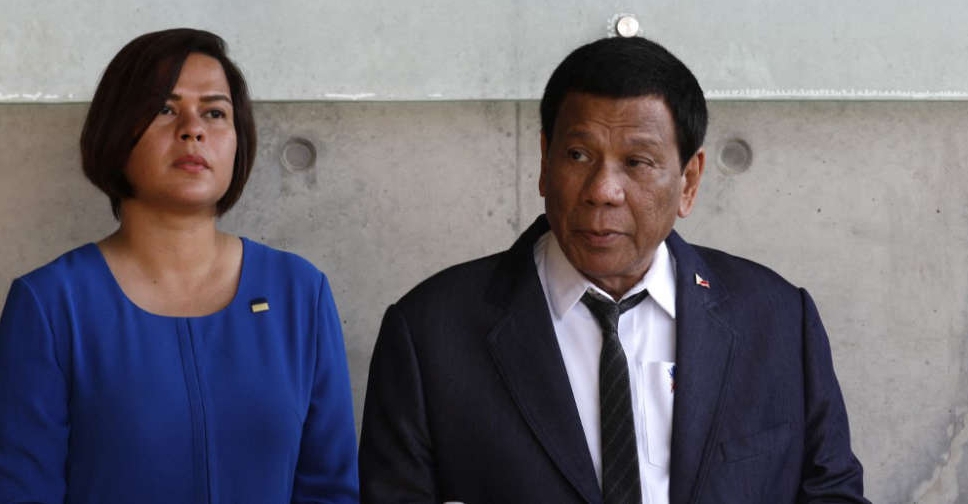 Philippines leader Rodrigo Duterte's daughter has named several politicians, including her father's closest aide and preferred successor, whom she said have offered to run with her in next year's presidential election.

Sara Duterte-Carpio, mayor of Davao City, is leading opinion polls but has yet to disclose her political plans ahead of the October deadline to file for candidacy.

Duterte-Carpio, 43, said on Facebook that lawmakers Sherwin Gatchalian and Christopher "Bong" Go had "personally expressed their offer to run as my vice president".

It was unclear when Go made the offer, but Duterte-Carpio's post late on Wednesday comes a few days after Go rejected the ruling party's endorsement as presidential candidate.

She said other possible running mates include former defence minister Gilbert Teodoro, who made his offer via common friends, and the son and namesake of late dictator Ferdinand Marcos.

Go said he was open to the idea.

"When I learned that there were some aspirants who wish to be Mayor Sara's vice president in case she runs for the presidency, I expressed my willingness to be considered," he said in a statement on Thursday.

Asked at a business forum if he might contest the presidency himself, Marcos, better known as "Bongbong", said a presidential run was a possibility.

Duterte-Carpio has been quoted in media as saying she was open to running.

"Whether or not she has already decided on her plans of running, there really is clamour from many sectors," said political analyst Edmund Tayao.

"Many politicians think she will be a formidable presidential candidate."

Her 76-year-old father is prohibited by the constitution from seeking a second term, but his opponents believe he could extend his grip on power through an election of an ally.

He has declared he will seek the vice presidency, if daughter Duterte-Carpio does not run for president.

Duterte remains popular despite his notoriously bloody anti-narcotics campaign and growing criticism over the country's coronavirus epidemic, one of Asia's worst.