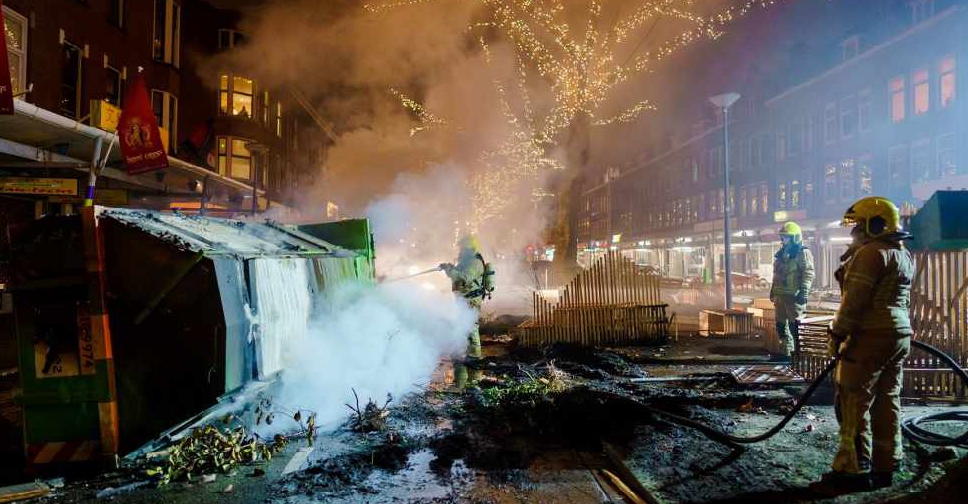 At least 70 people have been arrested after rioting broke out for a third night around the Netherlands, after weekend protests that were initially linked to dissent over a nighttime curfew.

But the motivation behind vandalism and other incidents on Monday in cities ranging from Rotterdam and Amsterdam to smaller centres of Haarlem, Geleen and Den Bosch was no longer clear, with rioters overwhelmingly in their teens.

Police Chief Willem Woelders said on television that 70 arrests had taken place by around 10:00 pm local time. Water cannons were used against looters in Rotterdam and tear gas used to disperse crowds in Haarlem.

Prime Minister Mark Rutte had earlier on Monday condemned the riots over the weekend in which anti-lockdown demonstrators attacked police and set fires.

The curfew, the first in the country since World War Two, was imposed after the National Institute for Health (RIVM) warned a new wave of infections is on its way due to the "British variant" of COVID-19, though numbers of new infections in the Netherlands have been declining for weeks. Some 4,129 new cases were reported on Monday, the lowest number since December 1.

Police said hundreds had been detained over the weekend as rioters threw rocks and in one case knives at police, and burned down a COVID-19 testing station.

"This has nothing to do with protest, this is criminal violence," Rutte told reporters outside his office in The Hague. Schools and non-essential shops in the Netherlands have been shut since mid-December, following the closure of bars and restaurants two months earlier.

The police trade union NPB said there could be more protests ahead as the lockdown drags on and the Netherlands' vaccination program has been among the slowest in Europe to get underway.

"We haven't seen so much violence in 40 years," police union board member Koen Simmers said on television program Nieuwsuur.