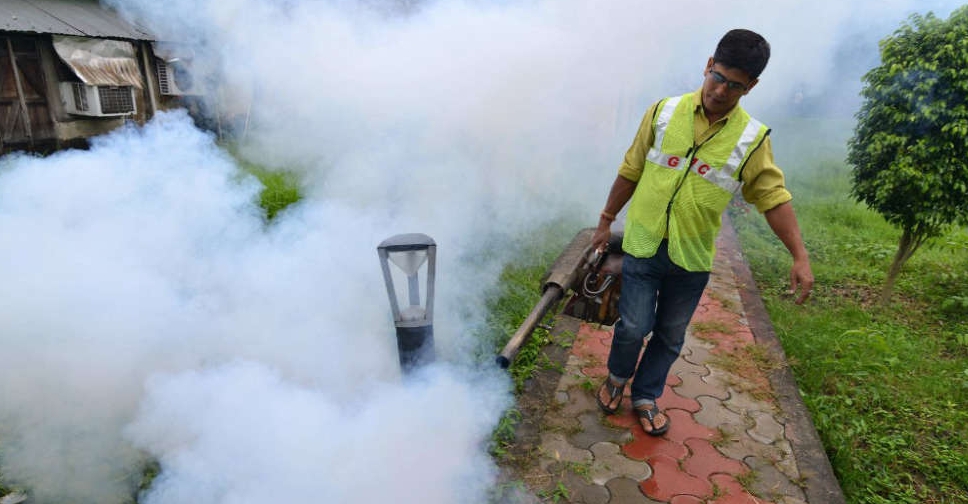 An outbreak of dengue fever is suspected of killing dozens of people in India's northern state of Uttar Pradesh since the start of September, and authorities have launched a campaign to destroy mosquito breeding grounds.

Dinesh Kumar Premi, the chief medical officer in Firozabad, the most affected district in the state, told Reuters that 58 people, many of them children, had died in his district alone, raising fears that Uttar Pradesh is in the midst of its worst dengue outbreak in years.

"We are taking preventive measures and 95 health camps across the district have been operating in order to contain the spread of this fever," Premi said.

A government official said on the condition of anonymity that many children may have died as their poor parents first took them to fake medical practitioners before their condition worsened.

While mosquito-borne dengue is the suspected cause of the deadly viral fever outbreak in Uttar Pradesh, it has only been confirmed as the cause of death in three cases, but an audit is underway to determine if it is to blame for more, Ved Vrat Singh, Uttar Pradesh's top public health officer, said.

Authorities in Firozabad have formed teams to check households for water logging, and fumigate areas at risk, while they have also released thousands of Gambusia, or mosquitofish, into water bodies to eat the mosquito larvae.