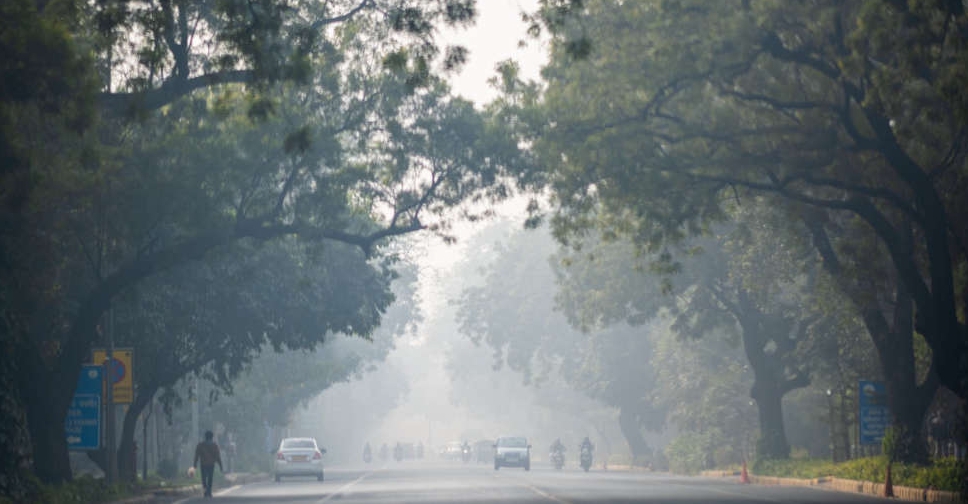 Heavy fog in Delhi on Monday delayed flights, and a cold wave forced authorities to defer school reopenings a week, as visibility fell and cars drove with their hazard lights on.

The Indira Gandhi International Airport in the Indian capital asked flyers to contact their airlines for updates on flights.

"Due to dense fog, flight operations at Delhi Airport may get affected," it said on Twitter.

The India Meteorological Department (IMD) forecast "dense to very dense fog conditions" over many parts of Delhi and northern and eastern states, such as Punjab, Haryana, Uttar Pradesh and Bihar, until Tuesday.

It warned that air, road and train traffic could be affected in the two days and people could suffer from lung-related health problems. It also said power lines could trip in areas with dense fog.

Delhi, a city of 20 million people, has already extended winter holidays for many schools by a week. Many private schools were to reopen on Monday.

The city recorded a minimum temperature of 5 degrees Celsius on Monday. The lowest for Sunday was 3.8 degrees Celsius, which the IMD said was 3 degrees below normal for this time of year.