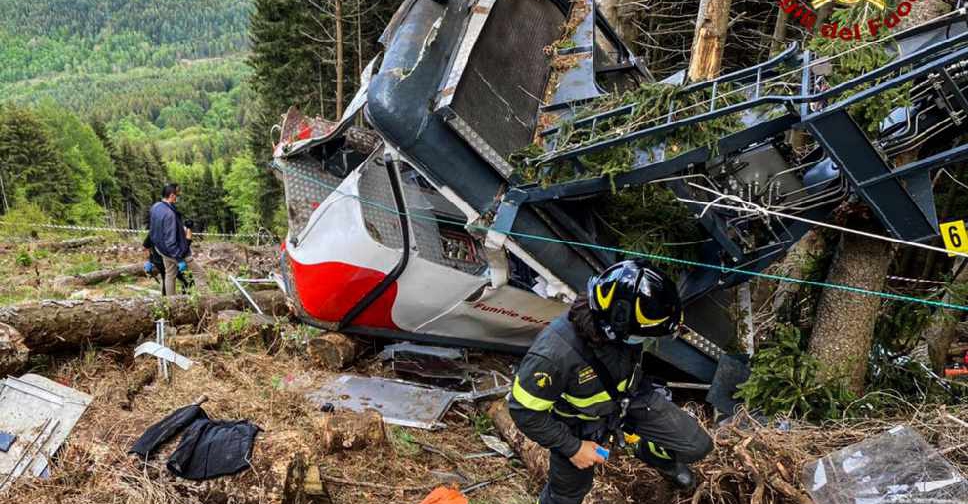 At least 14 people died and a child was seriously injured on Sunday when a cable car linking Italy's Lake Maggiore with a nearby mountain plunged to the ground.

The Stresa-Mottarone cable car takes tourists and locals from the town on Lake Maggiore, almost 1,400 metres above sea level to the top of the Mottarone mountain in 20 minutes.

Israel's Foreign Ministry said in a statement that it had been informed by Italian authorities that five of its nationals were among the dead and one Israeli was in a critical condition.

"We are devastated, in pain," Marcella Severino, Stresa's mayor told broadcaster RAI, while Italian Prime Minister Mario Draghi voiced his condolences to the families of the victims.

The cable car was travelling up the mountain when the cabin plummeted some 20 metres to the ground and rolled down the steep slope several times before it was stopped by trees, Severino said.

People hiking nearby heard a loud hiss just before the crash, she said, adding that the accident was believed to have been caused by one of the cables breaking.

Severino said that some of the victims had been found trapped inside the car, with others thrown into the woods.

The Stresa-Mottarone lift had only recently re-opened following the gradual lifting of coronavirus restrictions.