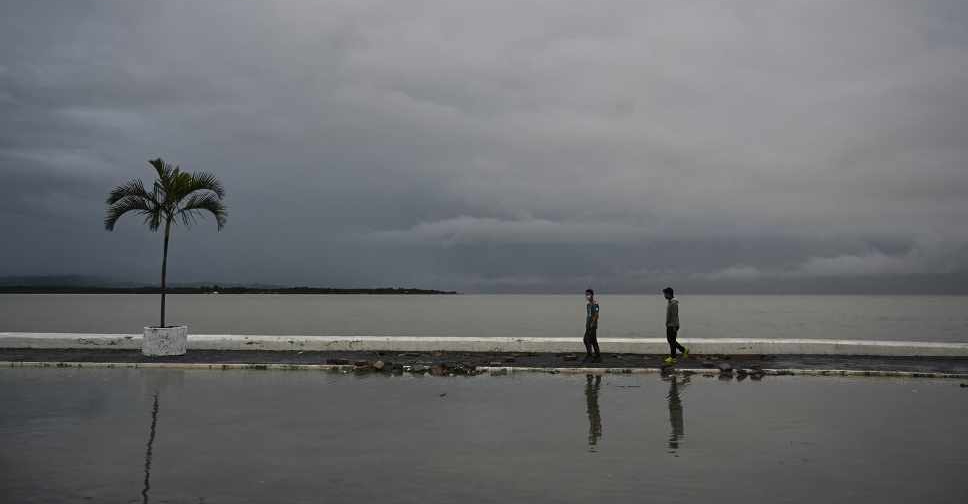 Cuba's meteorology office warned on Saturday of torrential rain and flooding as Tropical Depression Eta churned northwards towards the Caribbean island, and on track to Florida.

Eta could strengthen back into a tropical storm over the warm Caribbean waters before making landfall on the southern coast of central Cuba overnight, the office said, warning of coastal flooding and winds of 80-100 km per hour.

Flooding could be a problem more broadly, it said, given Cuba was already waterlogged in the wake of heavy rains of late and Eta could potentially dump more than 300 mm of water on central and mountainous regions.

The government - well known for preparedness in the face of natural disasters - discussed measures on Friday to evacuate people, especially those living downstream from dams, and protect crops, homes and animals, according to state-run media.

Given Eta's stormfront was uneven, there was the risk of torrential rain occurring across the entire country and Prime Minister Manuel Marrero warned against complacency in eastern or western regions.

The U.S. National Hurricane Centre (NHC) warned that flash and urban flooding would also be a possibility for the Cayman Islands, Jamaica, the Bahamas and southern Florida.

Tropical storm conditions were possible in the Florida Keys and south and central Florida from late Sunday, it said.

One of the fiercest storms to hit Central America in years, Eta struck Nicaragua as a Category 4 hurricane on Tuesday with winds of 150 miles per hour (241 kph) before weakening to a tropical depression as it moved inland and into neighboring Honduras and Belize.