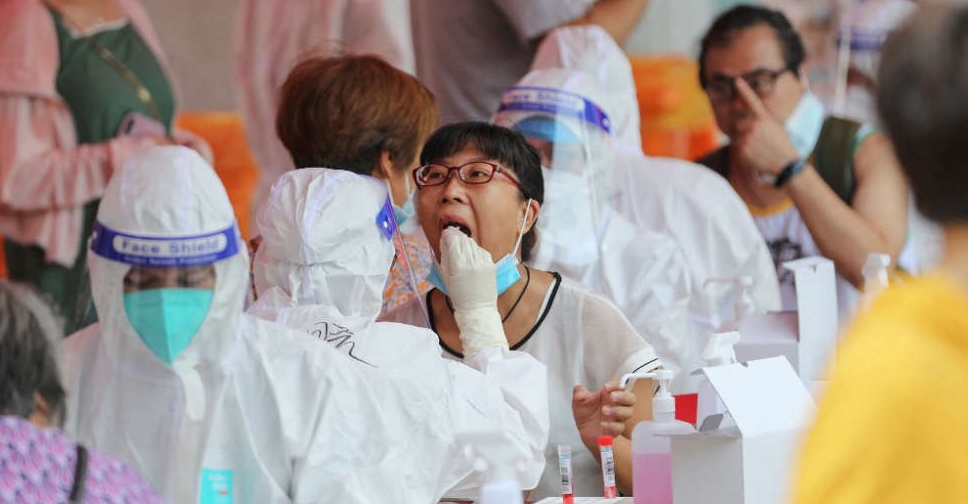 New local COVID-19 infections more than doubled in China's southeastern province of Fujian, health authorities said on Tuesday, prompting officials to quickly roll out measures including travel restrictions to halt the spread of the virus.

The National Health Commission said 59 new locally transmitted cases were reported for September 13, up from 22 infections a day earlier. All of them were in Fujian, a province bordered by Zhejiang to the north and Guangdong to the south.

In just four days, a total of 102 community infections have been reported in three Fujian cities, including Xiamen, a tourist and transport hub with a population of 5 million.

The infections come ahead of the week-long National Day holiday starting on October 1, a major tourist season. The last domestic outbreak in late July to August disrupted travel, hitting the tourism, hospitality and transportion sectors.

Fujian's outbreak began in Putian, a city of 3.2 million, with the first case reported on September 10. Preliminary tests on samples from some Putian cases showed patients had contracted the highly transmissible Delta variant.

The virus has since spread south to Xiamen, which reported 32 new cases of community transmission for September 13 compared with just one infection a day earlier.

"The Putian government is a big client of ours," said a staff at a Xiamen building survey firm, declining to be named.

"About half of our company went to Putian last week. They are now isolated at home, while the rest have gone to do their COVID tests."

Like Putian, Xiamen has locked down some areas of higher virus risk, cut offline classes at kindergartens, primary schools and high schools, closed public venues such as cinemas, gyms and bars, and told residents not to leave the city for non-essential reasons.

The first patient in the Xiamen cluster was a close contact of a case in Putian, Xiamen authorities said late on Monday.

Known for its mild weather and a laid-back lifestyle, Xiamen is a popular tourist destination domestically.

The Xiamen Gaoqi International Airport is also a key transportation hub linking the Yangtze and Pearl River Delta. About 60 per cent of flights to and from Xiamen were cancelled on Tuesday, according to aviation data provider Variflight.

Both Putian and Xiamen began city-wide testing for the coronavirus on Tuesday. The cities, however, are yet to announce tough city-wide lockdowns as seen in early 2020 in China.

Three new cases of community transmission were also reported in nearby Quanzhou city, versus six infections a day earlier. Variflight data showed 70 per cent of Quanzhou's flights were cancelled.

One district in Quanzhou, where many of the cases work in or have visited Putian, has halted bus services, shut some public venues, suspended dining at restaurants, and required residents to avoid unnecessary trips out of the district.

"One wave after another," said a bank manager in Xiamen. "It feels like the new normal now."