Cold snap leaves one dead, over 4 million without power in Texas 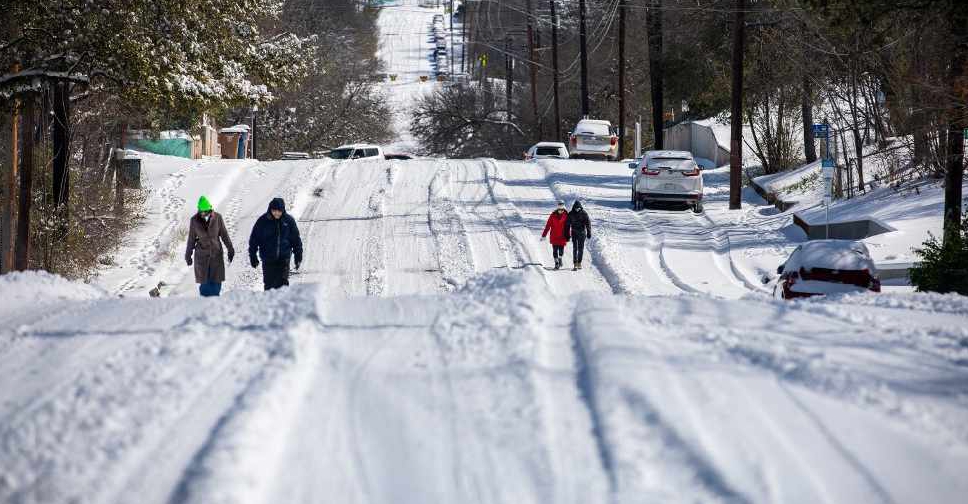 At least one person was dead and more than 4 million were without power in Texas after a rare deep freeze forced the state's electric operator to impose rotating blackouts because of high power demand.

The cause of the death of the person was suspected to be exposure to "extreme low temperatures", Houston Police Chief Art Acevedo said on Twitter.

The PowerOutage.us website, which tracks power outages, said 4,113,701 Texas customers were experiencing outages at 2:05 am ET (0705 GMT) on Tuesday.

The cold snap sweeping Texas reached the northern part of neighbouring Mexico as well, where authorities said 4.7 million users lost power early on Monday. Around midday, service had been restored to almost 2.6 million of them.

President Joe Biden declared an emergency on Monday, unlocking federal assistance to Texas, where temperatures ranged from minus 2 to minus 22 Celsius.

"The Texas power grid has not been compromised. The ability of some companies that generate the power has been frozen," Governor Greg Abbott wrote on Twitter. "They are working to get generation back on line."

Abbott also deployed the National Guard statewide to assist in the restoration of electricity.

Houston's George Bush Intercontinental Airport said it would remain closed until at least 1:00 pm CST (1900 GMT) on Tuesday, while the city's Hobby Airport ceased operations until at least noon on Tuesday due to the inclement weather.

Apart from Texas, much of the United States was in the grip of bone-chilling weather over the three-day Presidents Day holiday weekend.

The National Weather Service (NWS) said an Arctic air mass had spread southward, well beyond areas accustomed to freezing weather, with winter storm warnings posted for most of the Gulf Coast region, Oklahoma and Missouri.

In Louisiana, where freezing temperatures also prompted power outages and road closures, some parishes imposed curfews to keep residents off the road. Another 110,000 homes and businesses were without power Monday night.