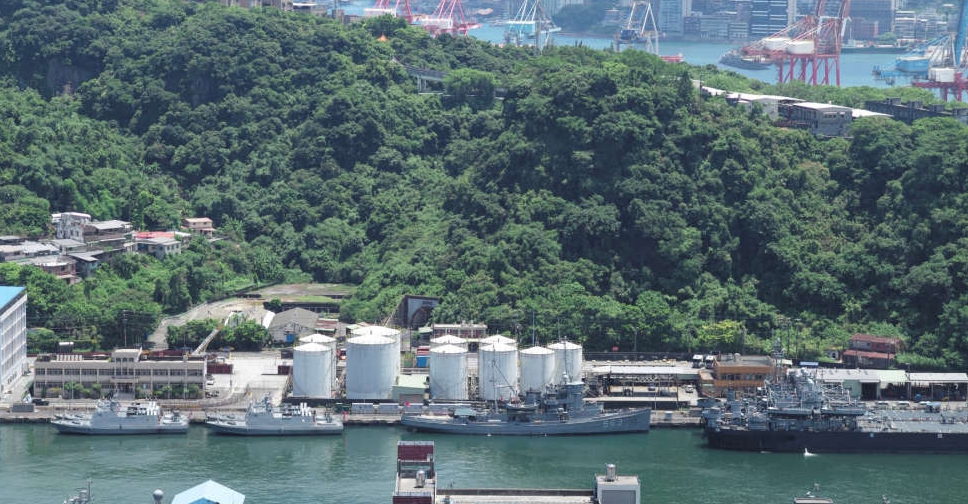 According to Taiwan officials, Chinese aircraft and warships rehearsed an attack on Taiwan on Saturday, part of Beijing's retaliation for a visit to the island by US House Speaker Nancy Pelosi.

Talks with the United States on issues including defence and climate change have also come to a halt.

Pelosi's brief visit this week to the self-ruled island that China regards as its territory infuriated Beijing and prompted military drills that are unprecedented in scale around Taiwan and have included ballistic missiles fired over the capital, Taipei.

US Secretary of State Antony Blinken accused China of taking "irresponsible steps" by halting key communication channels with Washington and said its actions over Taiwan showed a move from prioritising a peaceful resolution to using force.

Taiwan's defence ministry said multiple Chinese ships and planes conducted missions in the Taiwan Strait on Saturday, with some crossing the median line, an unofficial buffer separating the two sides, in what the Taiwan military described as a simulation attack on the island.

The ministry said later that Taiwan scrambled jets to warn away 20 Chinese aircraft, including 14 that crossed the median line. It also detected 14 Chinese military ships conducting activities around the Taiwan Strait, the ministry said in a statement.

China's Eastern Theater Command said it had continued to conduct sea and air joint exercises north, southwest and east of Taiwan. It said it focused on testing the system's land strike and sea assault capabilities.

The Chinese exercises - centred on six locations around the island - began on Thursday and are scheduled to last until midday on Sunday.

Chinese warships and aircraft continued to "press" into the median line of the Taiwan Strait on Saturday afternoon, a person familiar with security planning said.

Off Taiwan's east coast and close to Japanese islands, Chinese warships and drones simulated attacks on US and Japanese warships, the person added.

The island's defence ministry published a photo of a Taiwanese sailor on a frigate looking at a nearby Chinese warship off Taiwan's east coast. "Absolutely not photoshopped!" the caption said.

It also said it fired flares late on Friday to warn away seven drones flying over its Kinmen islands and unidentified aircraft flying over its Matsu islands. Both island groups are close to China's coast.

"China's military drills have unilaterally changed the current situation in the region and seriously damaged the peace in the Taiwan Strait," the Taiwan defence ministry said.

Pelosi arrived in Taiwan late on Tuesday in the highest-level visit to the island by a US official in decades, despite Chinese warnings.

Shortly after her delegation left Japan on Friday, the final stop of a week-long Asia tour, China announced that it was halting dialogue with the United States in a series of areas, including contacts between theatre-level military commanders and climate change.

During a visit to the Philippines, Blinken said the United States had been hearing concern from allies about what he called China's dangerous and destabilising actions around Taiwan, but Washington would remain steady in its handling of the situation and sought to avoid escalating the situation.

He said China's cessation of bilateral dialogue in eight key areas were moves that would punish the world, not just the United States.

China's foreign minister Wang Yi told a media briefing on Friday that Blinken was spreading "misinformation", adding: "We wish to issue a warning to the United States: Do not act rashly, do not create a greater crisis".

White House national security spokesperson John Kirby said on Friday that the Chinese "can go a long way to taking the tensions down simply by stopping these provocative military exercises and ending the rhetoric".

China has not mentioned a suspension of military talks at the senior-most levels, such as with US Defense Secretary Lloyd Austin and Chairman of the Joint Chiefs of Staff General Mark Milley. While those talks have been infrequent, officials have said they are important in the case of an emergency.

Kirby said it was not atypical for China to shut down military talks at times of tension, but "not all channels" between military leaders had been cut.

Speaking in Japan after meeting Prime Minister Fumio Kishida, Pelosi said her Asia trip was "not about changing the status quo in Taiwan or the region". Read full story

Japan's defence ministry reported that as many as four missiles flew over Taiwan's capital, which is unprecedented. It also said that five of nine missiles fired toward its territory landed in its exclusive economic zone.

Meanwhile, the Chinese Embassy in Australia said Beijing hoped that Australia would be prudent on Taiwan issues and avoid being led by others, which could cause fresh trouble for ties between the two countries.

Taiwan has been self-ruled since 1949, when Mao Zedong's communists took power in Beijing after defeating Chiang Kai-shek's Kuomintang nationalists in a civil war, prompting their retreat to the island.

Beijing says its relations with Taiwan are an internal matter and that it reserves the right to bring the island under its control by force if necessary. Taiwan rejects China's claims saying only Taiwan's people can decide their future.