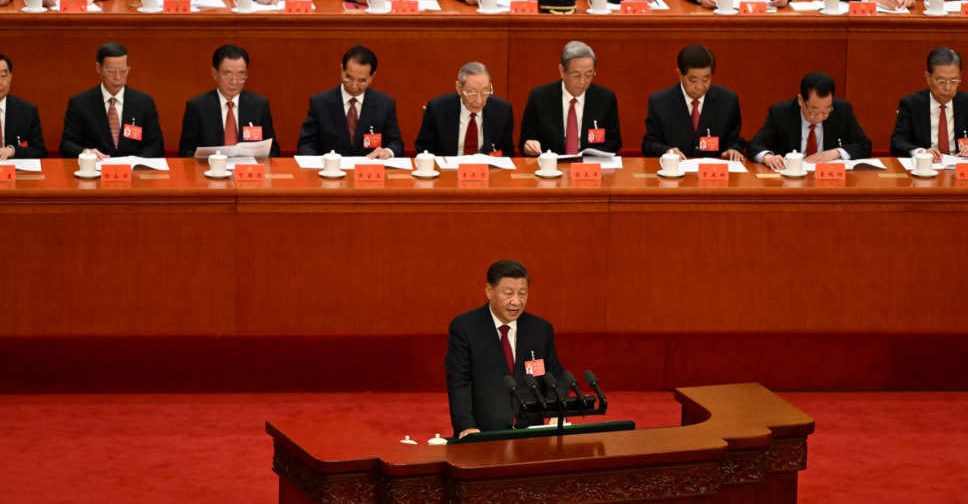 Chinese President Xi Jinping touted the fight against COVID-19 while calling for the acceleration of building a world class military as he opened the twice-a-decade Communist Party Congress by largely reiterating key policy priorities.

In a speech lasting less than two hours - far shorter than his nearly three-and-a-half-hour address at the last congress in 2017, Xi restated support for the private sector and allowing markets to play a key role, even as China fine-tunes a "socialist economic system" and promotes "common prosperity".

The biggest applause came when he restated opposition to Taiwan independence.

Xi is widely expected to win a third leadership term at the conclusion of the week-long congress, cementing his place as the country's most powerful ruler since Mao Zedong.

The gathering of roughly 2,300 delegates from around the country began in the vast Great Hall of the People on the west side of Tiananmen Square amid tight security and under blue skies after several smoggy days in the Chinese capital.

In recent days, Beijing has repeatedly emphasised its commitment to Xi's zero-COVID strategy, dashing hopes among countless Chinese citizens as well as investors that Beijing might begin exiting anytime soon a policy that has caused widespread frustration and economic damage.

Xi said little about COVID other than to reiterate the validity of a policy that has made China a global outlier as much of the world tries to coexist with the coronavirus.

On Taiwan, Xi said, "We have resolutely waged a major struggle against separatism and interference, demonstrating our strong determination and ability to safeguard state sovereignty and territorial integrity and oppose Taiwan independence."

China will accelerate the building of a world-class military and strengthen its ability to build a strategic deterrent capability, Xi said in a speech that mentioned "safety" or "security" 73 times.

He called for strengthening the ability to maintain national security, ensuring food and energy supplies, securing supply chains, improving the ability to deal with disasters and protecting personal information.

In his decade in power, Xi, 69 has set China on an increasingly authoritarian path that has prioritised security, state control of the economy in the name of "common prosperity", a more assertive diplomacy, a stronger military and intensifying pressure to seize democratically governed Taiwan.

"We must build a high-level socialist market economic system ... unswervingly consolidate and develop the public ownership system, unswervingly encourage and support the development of the private economy, give full play to the decisive role of the market in the allocation of resources, and give better play to the role of the government," he said.

Xi's power appears undiminished by the tumult of a year that has seen China's economy slow dramatically, dragged down by the COVID policy's frequent lockdowns, a crisis in the property sector and the impact of his 2021 crackdown on the once-freewheeling "platform economy", as well as global headwinds.

China's relations with the West have deteriorated sharply, worsened by Xi's support of Russia's Vladimir Putin.