China steps up anti-COVID measures in megacities as infections increase 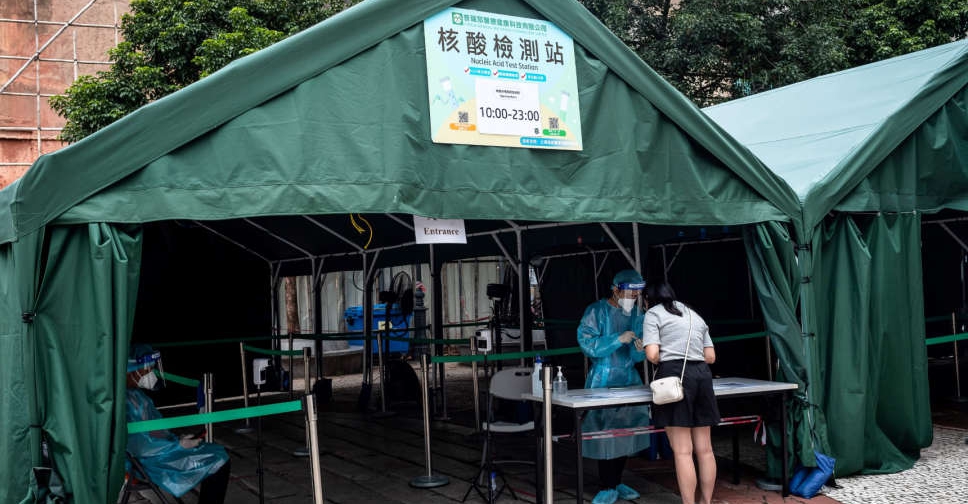 Shanghai and other big Chinese cities, including Shenzhen and Xian, have ramped up testing for COVID-19 as infections ticked up after a week-long holiday, with some local authorities hastily closing schools, entertainment venues and tourist spots.

Infections have risen this week to the highest since August, with the uptick coming after increased domestic travel during the National Day "Golden Week" earlier this month.

While most of the cases were found in tourist destinations, including scenic spots in the northern region of Inner Mongolia, megacities that are often the source of well-heeled and well-travelled tourists have started to report more cases this week.

Shanghai, keen to avoid a reprise of the economically devastating and psychically scarring lockdown in April and May, said late on Monday that all of its 16 districts were to conduct routine testing at least twice a week until November 10. That's a step up from once a week, a regime imposed after the earlier lockdown was lifted.

Checks on inbound travellers and in places such as hotels should also be strengthened, municipal authorities said.

The expanding web of preventive measures have already ensnared some residents.

As of Oct. 10, 36 Chinese cities were implementing various degrees of lockdowns or control measures, with around 196.9 million people affected, up from 179.7 million in the previous week, according to Nomura.

In China's southern tech hub Shenzhen, where the highly transmissible BF.7 Omicron subvariant has recently been detected, local cases more than tripled to 33 on October 10 from one day earlier.

Inbound travellers will be subject to three tests over three days, authorities in the city of 18 million people said on Tuesday.

In the northwestern city of Xian, which reported just over 100 cases from October 1-10, authorities abruptly suspended offline classes at schools on Tuesday and closed many public spaces, including the famous Terracotta Army Museum.

Despite China's very small caseload versus the rest of the world, and the toll its tough counter-epidemic policies exact on the economy and population, the government has repeatedly urged people to accept the measures.

"We must be soberly aware our country is a large one with a population of over 1.4 billion, coupled with unbalanced regional development and insufficient medical resources overall," state-controlled People's Daily wrote in a commentary on Tuesday.

"Once a large-scale rebound occurs, the epidemic will spread, and is bound to have a serious impact on economic and social development, and the final price will be higher and losses will be greater."

The COVID preventive steps come days ahead of a key Communist Party congress starting on October 16, where Xi Jinping is widely expected to extend his decade-long leadership for another five years.