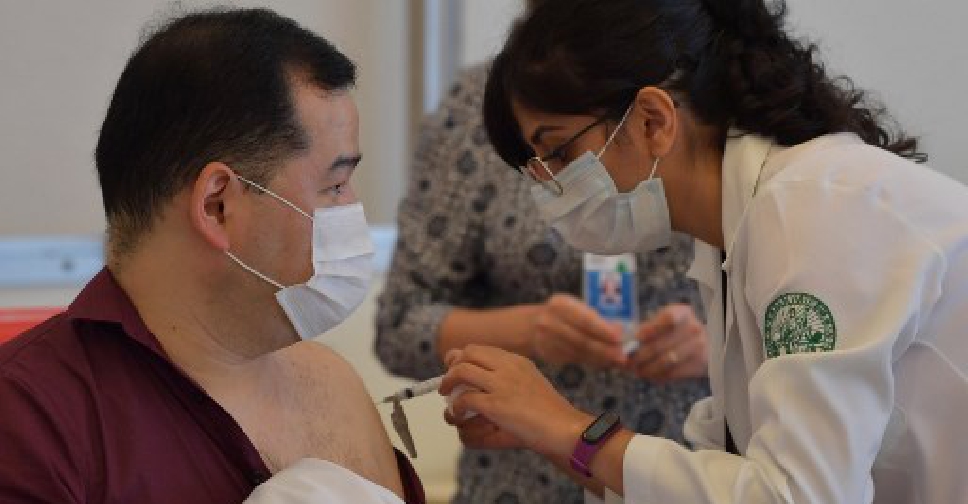 Brazil kicked off a nationwide COVID-19 immunization program on Monday by distributing doses of a vaccine from China's Sinovac Biotech following an emergency use authorization, although the pace of vaccination will depend on delayed imports.

After weeks of setbacks, many Brazilians cheered the first wave of inoculations, from bustling clinics in Sao Paulo to a spectacular shot planned at the foot of the Christ Redeemer statue overlooking Rio de Janeiro.

The Health Ministry gave states the green light to start immunizing at 5 p.m. (2000 GMT). Although some began administering shots before that, the majority of Brazil's 26 states had yet to receive vaccine shipments as of Monday evening, delaying the start of vaccinations for the elderly and frontline health workers.

Minutes after federal health agency Anvisa approved the Sinovac vaccine on Sunday, Monica Calazans, a 54-year-old nurse in Sao Paulo, became the first person to be inoculated in the country, as Sao Paulo Governor Joao Doria looked on.

President Jair Bolsonaro, a COVID-19 skeptic who has refused to take a vaccine himself, had faced fierce criticism for the lack of immunization in Brazil, which has lost more than 200,000 lives to COVID-19 – the pandemic's worst death toll outside the United States.

On Sunday, Anvisa approved emergency use of the Sinovac vaccine and one from AstraZeneca Plc, although a plan to get 2 million doses of the AstraZeneca vaccine was hamstrung by a lack of export approval from India.

That was one of several hurdles threatening to slow Brazil's already lagging immunization efforts, as local manufacturing partners for both vaccine makers wait on active ingredients from abroad in order to fill and finish doses for distribution.

The Butantan Institute run by Sao Paulo state needs another shipment of Sinovac's ingredients by the end of the month in order to hit its target of 46 million doses by April, the head of the institute told a news conference.

Health Minister Eduardo Pazuello scolded Doria on Sunday for what he called an illegal "marketing ploy" for allowing vaccinations to begin in Sao Paulo prior to the official rollout.

Bolsonaro, who had taunted Doria over the disappointing 50% efficacy of the Sinovac vaccine in Brazilian trials, added an indirect criticism on Monday.

"So it's been approved for use in Brazil. It is Brazil's vaccine. It doesn't belong to any governor," he told supporters outside the presidential palace.