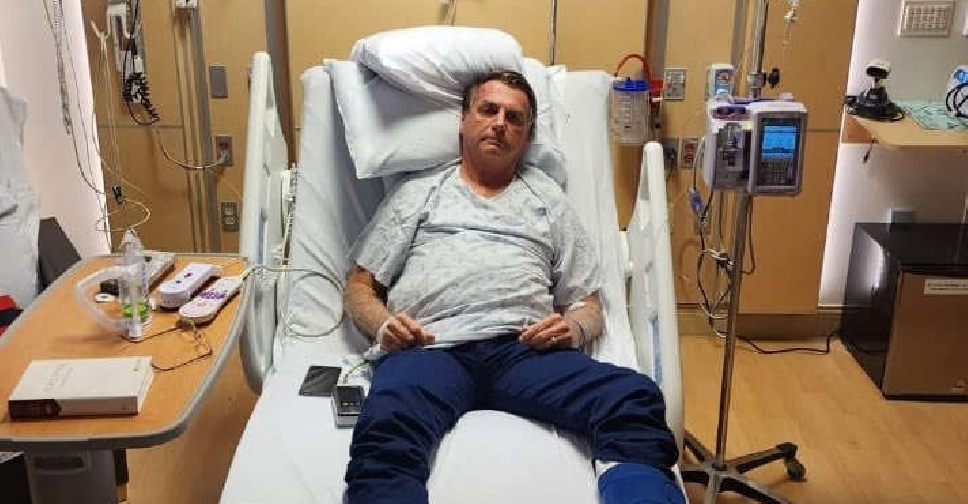 Far-right former Brazilian President Jair Bolsonaro was admitted to a hospital in Florida on Monday with stomach pains as 1,500 of his supporters were rounded up in Brasilia after storming key buildings in the capital over the weekend.

President Luiz Inacio Lula da Silva, a leftist who took office on January 1 after defeating Bolsonaro in an October election, vowed to bring those responsible to justice. He accused rioters of trying to overthrow democracy, and questioned why the army had not discouraged calls for a military coup outside their barracks.

On Sunday, angry mobs rampaged through Congress, the Supreme Court and presidential offices, smashing windows, furniture and artwork in the worst attack on state institutions since Brazil's return to democracy in the 1980s.

Bolsonaro, who flew to the United States days before his term in office ended, went to a hospital in Orlando on Monday complaining of intestinal pains related to a stabbing he suffered during the 2018 election campaign. His doctor said he has an intestinal blockage that was not serious and would likely not need surgery.

In an interview with CNN Brasil, Bolsonaro said he had planned to stay in the United States until the end of January, but now plans to go back to Brazil sooner to see his doctors.

"I intend to bring forward my return because in Brazil the doctors already know about my problem of intestinal obstruction due to the stab wound," Bolsonaro said, according to a report on the CNN Brasil website.

Bolsonaro faces several investigations before the Supreme Court in Brazil and his future in the United States, where he travelled with a visa issued to heads of state, diplomats and other government officials, is in question.

Representative Joaquin Castro, a Democratic lawmaker in the US Congress, said on CNN that the United States should not give refuge to an "authoritarian who has inspired domestic terrorism" and should send Bolsonaro back to Brazil.

The US government declined to comment on Bolsonaro's current visa status.

US State Department spokesperson Ned Price said a person who entered on a visa for foreign officials must depart the country within 30 days or apply for a change of immigration status if they are no longer engaged in official business.

Restoring order in the Brazilian capital, Brazilian soldiers backed by police on Monday dismantled a two-month-old camp opposite the army's headquarters where Bolsonaro supporters have been protesting since his election defeat.

Some 1,200 people from the camp were detained for questioning on Monday, authorities said, after about 300 arrests on Sunday.

Thousands of Bolsonaro's backers set off from that encampment on Sunday before storming the presidential palace, Supreme Court and Congress.

Lula, who was back at work at the ransacked Planalto palace, met with his defense minister and commanders of the armed forces to discuss the violence, reminiscent of the assault on the U.S. Capitol two years ago by backers of former President Donald Trump.

Speaking later to the country's governors, Lula stepped up his criticism of the Brazilian military for tolerating demonstrations at their gates calling for a coup since Bolsonaro lost the election.

"People were openly calling for a coup outside the barracks, and nothing was done. No general lifted a finger to tell them they could not do that," the 77-year-old president said. He accused some security forces of being complicit with rioters.