Biden, Trump make final pitches to US voters on eve of midterms 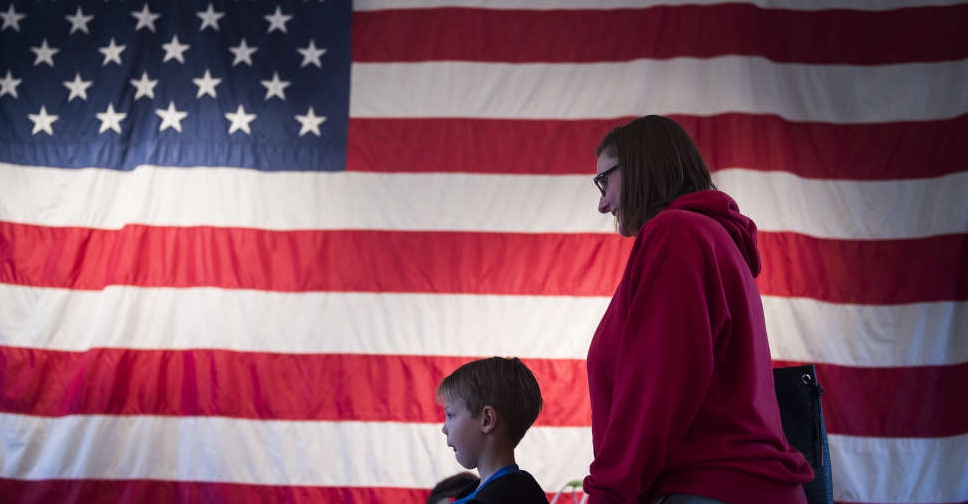 One day before midterm elections that could usher in a new era of divided government in Washington, President Joe Biden and his predecessor Donald Trump will hold competing rallies in a final effort to mobilize supporters.

Biden, who has avoided campaigning in several swing states amid lagging popular approval, will travel to reliably Democratic Maryland on Monday, where the Democratic gubernatorial nominee, Wes Moore, is widely expected to win back the Republican-held governorship.

"We've got one more night to do everything we can to win," Biden told fellow Democrats at the White House.

Trump is headed to Ohio to campaign alongside the Republican Senate nominee, J.D. Vance, who emerged from a crowded field of candidates on the strength of Trump's endorsement. Trump has repeatedly hinted that he plans to launch another presidential run soon.

Weighed down by voter frustrations over rising prices, Biden's Democrats fear Tuesday's elections could see them lose control of one or both chambers of Congress.

Non-partisan election forecasters predicted on Monday that Republicans are likely to pick up roughly 25 seats in the 435-seat House, more than enough to win a majority.

That would spell the end of Biden's efforts to get abortion protections, family leave benefits and other Democratic priorities through Congress. It also would open the door for two years of Republican-led investigations that could potentially damage the White House. A Republican-led Senate could also block Biden's nominations for judicial or administrative posts.

Billionaire Elon Musk, whose purchase of Twitter and vows to loosen the reins on who can say what on the platform has led to some speculation that it could unleash a wave of disinformation, tweeted on Monday that "independent-minded voters" should vote for a Republican Congress "because shared power curbs the worst excesses of both parties."

If Republicans secure a House majority, they plan to use the federal debt ceiling as leverage to demand deep spending cuts. They would also seek to make Trump's 2017 individual tax cuts permanent and protect corporate tax cuts that Democrats have unsuccessfully tried to reverse over the past two years.

Control of Capitol Hill would give Republicans the power to block aid to Ukraine, but they are more likely to slow or pare back the flow of weapons and economic assistance to Kyiv than stop it.