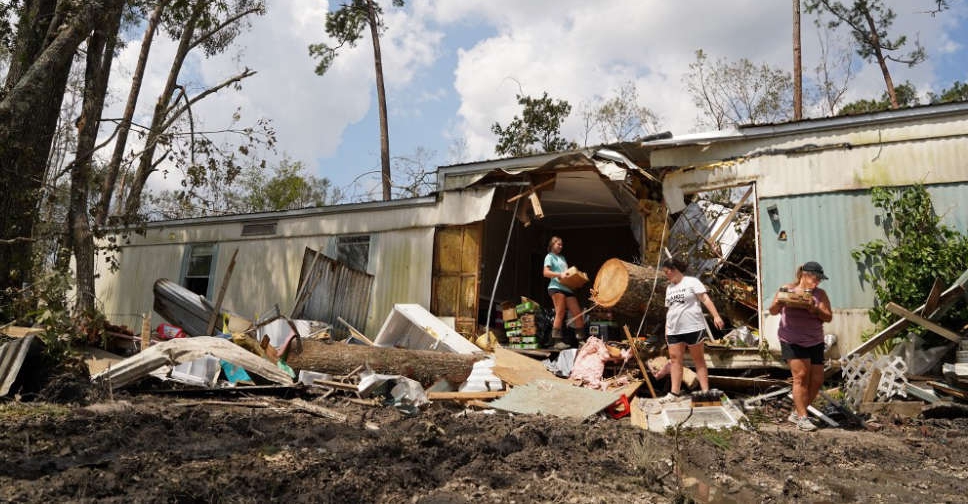 US President Joe Biden travels to Louisiana on Friday to get a first-hand look at the destruction wrought by Hurricane Ida, the monster storm that devastated the southern portion of the state and left 1 million people statewide without power.

Biden is to meet Louisiana Governor John Bel Edwards and local officials about the hurricane, which is providing the president with a tough test just after the chaotic withdrawal of US forces from Afghanistan.

The fifth most powerful hurricane to strike the United States came ashore in southern Louisiana on Sunday, knocking out power for more than a million customers and water for another 600,000 people, creating miserable conditions for the afflicted who are also enduring suffocating heat and humidity.

At least nine deaths were reported in Louisiana, with another 44 killed as flash flooding and tornadoes hit the Northeast on Wednesday night.

"My message to everyone affected is: We're all in this together. The nation is here to help," Biden said on Thursday.

Biden will tour a neighborhood in LaPlace, a small community about 35 miles west of New Orleans that was devastated by flooding, downed trees and other storm damage, and deliver remarks about his administration's response.

He will take an aerial tour of hard hit communities, including Laffite, Grand Isle, Port Fourchon and Lafourche Parish, before meeting with local leaders in Galliano, Louisiana, the White House said.

Officials who have flown over the storm damage reported astounding scenes of small towns turned into piles of matchsticks and massive vessels hurled about by the wind.

Edwards said he would present Biden with a long list of needs including fuel shipments as most of the area's refining capacity was knocked offline and mile-long lines have formed at gas stations and emergency supply distribution centers.

At Biden's direction, Energy Secretary Jennifer Granholm on Thursday authorised an exchange of 1.5 million barrels of oil from the Strategic Petroleum Reserve (SPR) to Exxon Mobil to relieve fuel disruptions in the wake of the hurricane.

Several refineries including Baton Rouge remained cut off from crude and products supplies from the south via ship and barge after portions of the Mississippi River were closed by several sunken vessels.

"This is the first such exchange from the SPR in four years and demonstrates that the President will use every authority available to him to support effective response and recovery activities in the region," White House press secretary Jen Psaki said late on Thursday.

Biden has also urged private insurance companies to pay homeowners who left in advance of the storm but not necessarily under a mandatory evacuation order.

"Don’t hide behind the fine print and technicality. Do your job. Keep your commitments to your communities that you insure. Do the right thing and pay your policy holders what you owe them to cover the cost of temporary housing in the midst of a natural disaster. Help those in need," he said.

While Louisiana tries to recover from the storm, the New York area was still dealing with crippling floods from Ida.

At least 23 died in New Jersey and another 16 in New York, officials said.

Biden approved an emergency declaration in the states of New Jersey and New York and ordered federal assistance to supplement state and local response efforts, the White House said late on Thursday.