Biden to get latest COVID vaccine, urge Americans to do same 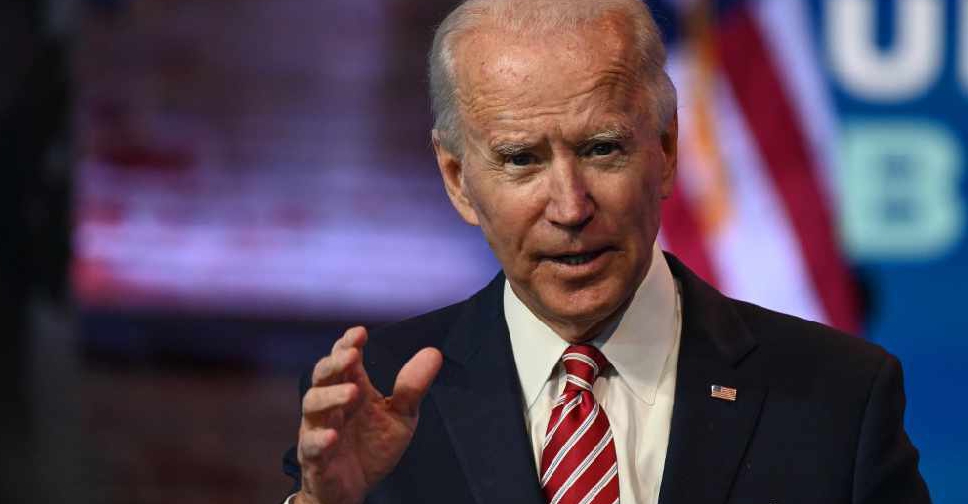 US President Joe Biden on Tuesday will receive an updated COVID-19 vaccine while launching a new push to boost the number of Americans, especially seniors, getting the shots ahead of Thanksgiving and the coming winter.

White House press secretary Karine Jean-Pierre on Monday said about 12 million Americans are now getting the updated vaccine shots, a rise of nearly 60 per cent from the first weeks after they were rolled out last month. But more progress was needed.

"As the weather gets colder, Americans must take action to stay protected," the White House said, noting that COVID-19, flu and other respiratory illnesses spread more quickly in the winter when people spend more time indoors.

Only 20 million people in the United States have received an updated COVID vaccine, and just one in five seniors, the White House said last week.

But the virus is still spreading and claiming lives, with the United States reporting 260,808 new cases a week and 2,566 deaths, Centers for Disease Control and Prevention data show.

Over 1 million people have died since early 2020.

New efforts to increase vaccinations include a #VaxUp American Family Vaccine Tour to be launched by the Department of Health and Human Services, with pop-up vaccination events at Head Start centers, nursing homes and community health centers.

The Centers for Medicare & Medicaid Services will also send a second email reminder about the updated vaccine to 16 million people who signed up for Medicare emails, the White House said.

"He wants to send a signal to the American people that the vaccine is safe, effective, widely available and also free," Jean-Pierre told a White House briefing on Monday.

"We need everyone to step up and get their updated vaccine as soon as possible," she said.