Biden poised for US election win as lead over Trump grows 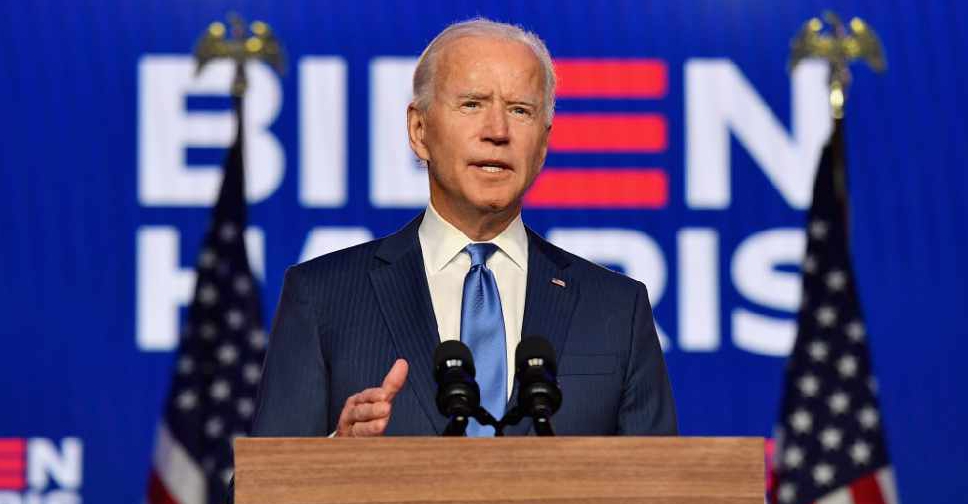 Democrat Joe Biden appeared poised for victory in the US presidential election on Saturday as vote counts in key states leaned his way.

With Americans increasingly anxious for a result four days after Tuesday's election, Biden has the math largely on his side with a 253-to-214 lead in the state-by-state Electoral College vote that determines the winner, according to Edison Research.

On Friday he took the lead in Pennsylvania, whose 20 electoral votes would put him over the 270 threshold needed for victory.

Pennsylvania's lieutenant governor, John Fetterman, said the votes still to be counted in his state were likely to be in the 77-year-old former vice president' favor.

Trump, 74, has been defiant as his chances fade for securing a second four-year term. He has made repeated and unfounded claims of electoral fraud, while his campaign pursues lawsuits that legal experts say are unlikely to alter the election outcome.

The Republican president continued his unsubstantiated allegations on Saturday morning, alleging on Twitter that tens of thousands of votes were illegally received at 8 p.m. on Election Day, "totally and easily changing the results in Pennsylvania and certain other razor thin states."

Americans have been waiting longer than any presidential election year since 2000 to learn the winner, with vote counting slowed by a record number of mail-in ballots. The COVID-19 pandemic prompted many to avoid voting in person on Tuesday.

In remarks on Friday night, Biden predicted he would win but did not declare victory. Television networks held off from projecting a winner because votes are still being counted and margins are close in the four states that will determine the result.

"The numbers tell us ... it's a clear and convincing story: We're going to win this race," Biden said from his home state of Delaware, adding that he and his running mate Kamala Harris were already meeting with experts as they prepared to start their administration on January 20.

Meanwhile, White House chief of staff Mark Meadows has been diagnosed with COVID-19, according to a source familiar with the situation.

Meadows, who frequently appears at public events without a mask, is the latest person within Trump's circle to contract the virus.