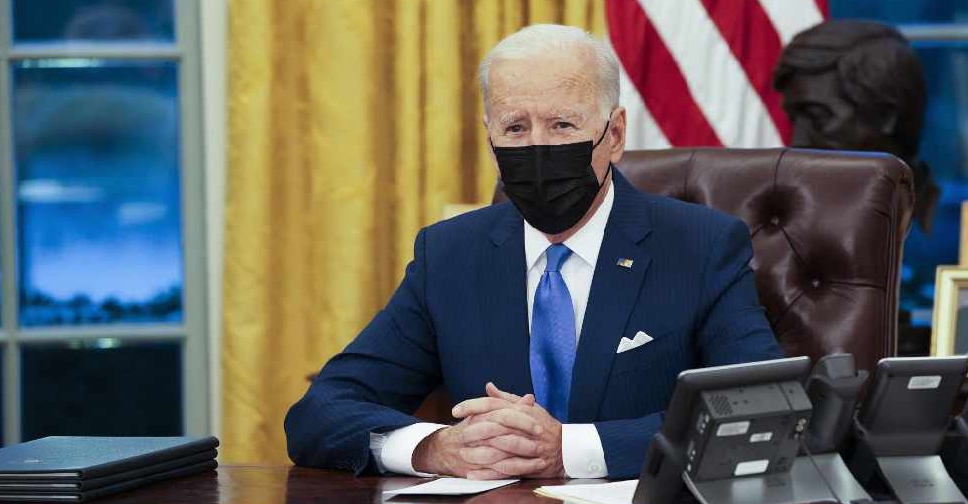 US President Joe Biden tested positive for COVID-19 again on Saturday in what the White House doctor described as a "rebound" case seen in a small percentage of patients who take the antiviral drug Paxlovid.

Biden, 79, who emerged from COVID isolation on Wednesday after testing positive on July 21, said he was feeling fine.

He will now return to strict isolation and will cancel planned trips to his home in Wilmington and work trip in Michigan, the White House said.

Biden held public events on Wednesday and Thursday, but none on Friday.

The forced isolation comes as the White House was hoping to celebrate some recent legislative victories to help boost Biden's slumping poll ratings.

Biden had planned the Michigan trip to tout Thursday's passage of legislation to boost the US semiconductor chips industry.

His positive test is believed to be a "rebound" experienced by some COVID patients who take the anti-viral drug Paxlovid, according to White House physician Dr. Kevin O'Connor.

Paxlovid is an antiviral medication from Pfizer that is used to treat high-risk patients, such as older patients.

A small but significant percentage of people who take Paxlovid will suffer a relapse or a rebound that occurs days after the five-day treatment course has ended, studies have shown.

White House officials had previously suggested a rebound case of COVID was unlikely, based on reports of cases around the country. However, Biden continued to be tested and monitored.

Biden tweeted about his positive case, saying it can happen to a "small minority of folks." He later posted a video on Twitter where he said he was "feeling fine" and "everything's good."

His symptoms got worse when they returned after treatment, and his doctors prescribed another course of Paxlovid.

O'Connor said Biden tested negative for the last four days, and there is no plan to reinitiate treatment given his lack of symptoms.

Biden previously described his experience with COVID as mild, saying he was able to continue working while in isolation and attributed his relative ease with the disease to vaccines and other treatments.

O'Connor had previously said Biden would be tested regularly to watch for a potential "rebound" COVID-19 case, which can be experienced by some patients who have been treated with Paxlovid, the drug the president received.