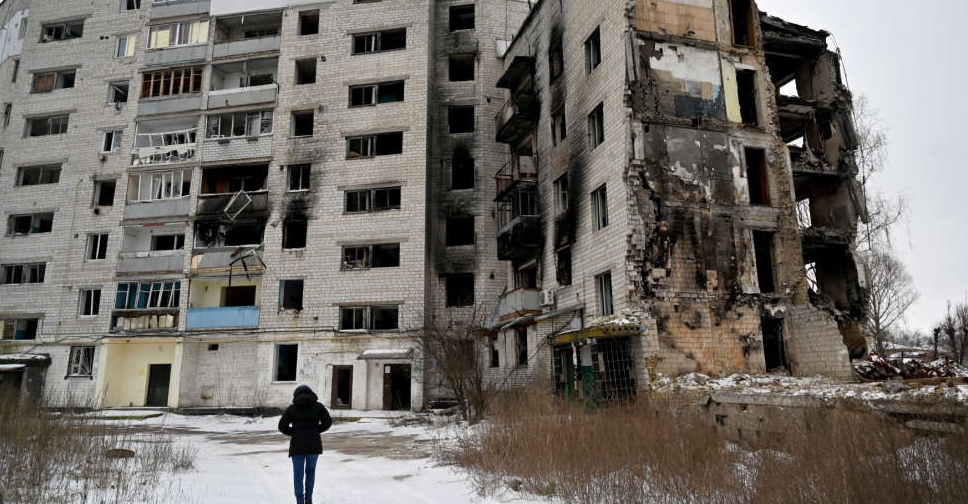 Russia and Belarus began joint military exercises on Monday, which have triggered fears in Kyiv and the West that Moscow could use its ally to launch a new ground offensive in Ukraine.

Russia used its neighbour Belarus as a springboard for its invasion of Ukraine last February.

Minsk says the air drills are defensive and it will not enter the war.

Muraveyko said the situation on the country's southern border with Ukraine was "not very calm" and that Ukraine has been "provoking" Belarus.

"We are ready for any provocative actions on the part of Ukraine," he said.

Moscow denies that it has been pressuring Belarusian President Alexander Lukashenko to take a more active role in the conflict in Ukraine.

Ukraine has continuously warned of possible attacks from Belarus and President Volodymyr Zelenskiy said last week that the country must be ready at its border with Belarus.

Belarus has conducted numerous military exercises since the invasion began, both on its own and jointly with Russia. Together with Moscow, Minsk has also been bolstering the drills with weaponry and military equipment.

Unofficial Telegram military monitoring channels have been reporting a series of fighters, helicopters and military transport planes coming to Belarus since the start of the year - eight fighters and four cargo planes on Sunday alone.

Reuters was not able to verify the reports. The Belarusian defence ministry said only that "units" of Russia's air forces have been arriving in Belarus.

Ukraine saw little hope of pulling any more survivors from the rubble of an apartment block in the city of Dnipro on Sunday, a day after the building was hit during a major Russian missile attack, with dozens of people expected to have died.

Valentyn Reznichenko, governor of the Dnipropetrovsk region, said on Monday that 35 people were confirmed dead so far and the fate of 35 more residents remained unknown.

"The search for people underneath the rubble continues," Reznichenko said on the Telegram messaging app.

Ukraine's Air Force said the apartment block was struck by a Russian Kh-22 missile, which is known to be inaccurate and that Ukraine lacks the air defences to shoot down. The Soviet-era missile was developed during the Cold War to destroy warships.

Moscow has been pounding Ukraine's energy infrastructure with missiles and drones since October, causing sweeping blackouts and disruptions to central heating and running water.

In his nightly address after the Dnipro strike, Zelenskiy called on Western allies to supply more weapons to end "Russian terror" and attacks on civilian targets.

On Saturday, Britain followed France and Poland with promises of further weapons, saying it would send 14 of its Challenger 2 main battle tanks as well as other advanced artillery support in the coming weeks.

The first despatch of Western-made tanks to Ukraine is likely to be viewed by Moscow as escalation of the conflict. The Russian Embassy in London said the tanks would drag out the confrontation.

In Ukraine's eastern Donbas region - the focal point of Russia's drive to capture more territory - Ukraine's forces were battling around the small salt-mining town of Soledar.

Russian forces claimed to have taken control of the town, but Ukraine insisted on Sunday that its forces were battling to hold the town, with street fighting raging and Russian forces advancing from various directions.

The Washington-based Institute for the Study of War said it was highly unlikely that Ukrainian forces still held positions within Soledar itself.

The General Staff of Ukraine's Armed Forces morning report on Monday detailed another wave of more than 55 Russian missile and rocket attacks in the past 24 hours.

It said 25 settlements in the Bakhmut area, including the towns of Soledar and Bakhmut itself, were hit, along with various targets, including civilian infrastructure, in the Zaporizhzhia, Dnipropetrovsk and Kherson regions.

Reuters could not immediately verify the situation in the town.