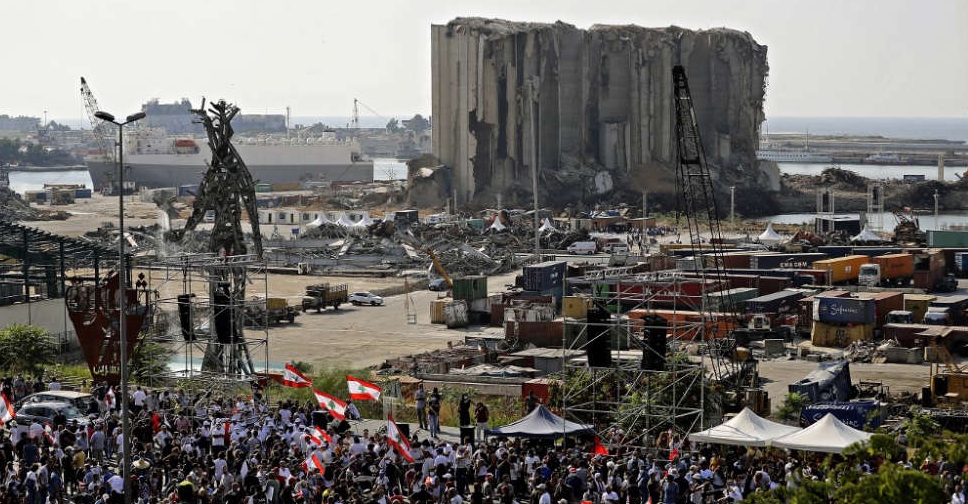 A probe into the catastrophic Beirut port explosion faced the risk of being derailed for the second time this year when a senior politician wanted for questioning filed a complaint doubting the lead investigator's impartiality.

The move followed a smear campaign by Lebanon’s political class against Judge Tarek Bitar, who was appointed after his predecessor was forced out following similar accusations by officials he wanted to question about suspected negligence.

Prime Minister Najib Mikati expressed hope Bitar would continue in his role, saying Lebanon could not bear the removal of a second judge after the complaint led to the probe being frozen pending a court ruling.

In an apparent show of support for Bitar, Mikati told broadcaster LBCI he had heard Bitar was above all suspicion and that security precautions had been taken regarding threats that were said to have been made against at him, though Mikati said the decision to freeze the probe was a judicial matter.

More than a year since the blast, attempts to bring any senior official to account for the more than 200 lives lost and thousands injured have made no progress, with powerful parties including the Shi'ite group Hezbollah and others in the ruling elite alleging bias in the investigation.

The probe was frozen on Monday on the basis of the complaint by Nohad Machnouk, a lawmaker and former interior minister Bitar wanted to question on suspicion of negligence.

The blast, one of the biggest non-nuclear explosions ever recorded, was caused by a huge quantity of ammonium nitrate that was unsafely stored at the port from 2013.

A judicial source told Reuters the investigation must now remain on hold until the court of cassation decides either to accept or reject the complaint.

"There is great anger among the families. There is a type of disgust towards the political class," said Ibrahim Hoteit, a spokesperson for victims' families whose brother was killed in the blast, responding to Monday's move.

The families, who accuse Lebanon’s entrenched political class of impunity, have demanded an international probe, saying every time the investigation begins it gets blocked.

"It's clear they are using all legal means and immunities to stop the investigation," said Nizar Saghieh, head of The Legal Agenda, a research and advocacy organisation. "The impunity system is defending itself in an ugly way without boundaries."

Bitar has faced opposition since July, with politicians refusing to waive the immunity of several former ministers and security officials the judge wanted to investigate.

Bitar's predecessor, judge Fadi Sawan, was removed after a similar complaint from two former ministers he had charged.

Bitar had issued requests in July to question former prime minister Hassan Diab and other top officials charged by his predecessor with negligence over the blast.

On September 16, he issued an arrest warrant for former public works minister Youssef Finianos after he failed to show up for questioning, the first against a top official in the case.

A document seen by Reuters and sent just over two weeks before the blast showed the president and prime minister were warned about the risks posed by the chemicals and that they could destroy the capital.