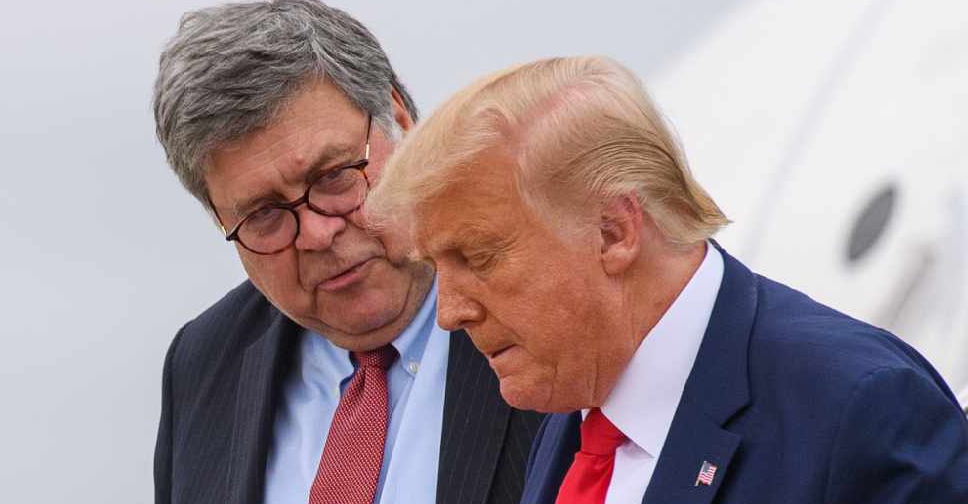 Barr sent his letter after days of attacks on the integrity of the election by President Donald Trump and Republican allies, who have alleged without evidence that there was widespread voter fraud.

Trump has not conceded the election to Democrat Joe Biden who on Saturday secured more than the 270 votes in the Electoral College needed to win the presidency.

Barr told prosecutors that "fanciful or far-fetched claims" should not be a basis for investigation and that his letter did not indicate the Justice Department had uncovered voting irregularities affecting the outcome of the election.

But he did say he was authorising prosecutors to "pursue substantial allegations" of irregularities of voting and the counting of ballots.

It comes as Richard Pilger, who for years has served as director of the Election Crimes Branch, announced in an internal email that he was resigning from that post after he read "the new policy and its ramifications".

"Those are the very kind of claims that the president and his lawyers are making unsuccessfully every day, as their lawsuits are laughed out of one court after another," said Bob Bauer, a senior adviser to Biden.

Earlier on Monday, Trump's campaign filed a lawsuit to block Pennsylvania officials from certifying Biden's victory in the battleground state.

It alleged the state's mail-in voting system violated the US Constitution by creating "an illegal two-tiered voting system" where voting in person was subject to more oversight than voting by mail.

It was filed against Pennsylvania Secretary of State Kathy Boockvar and the boards of elections in Democratic-leaning counties that include Philadelphia and Pittsburgh. Boockvar's office did not immediately respond to a request for comment.