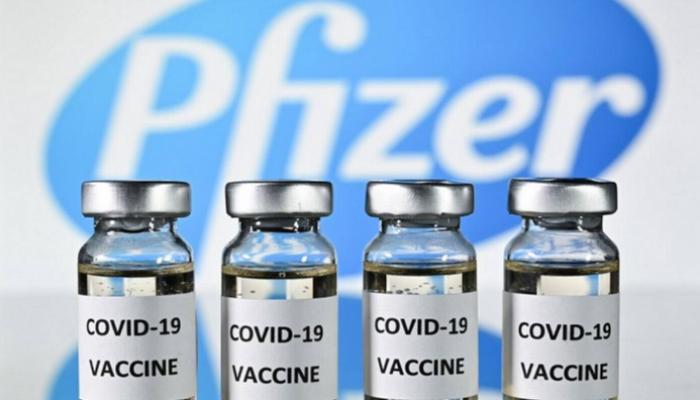 Australia has approved Pfizer-BioNTech COVID-19 vaccine for use but warned AstraZeneca's production problems mean the country would need to distribute a locally manufactured shot earlier than planned.

The country's medical regulator was one of the first in the world to complete a comprehensive approval of the Pfizer-BioNTech vaccine, Prime Minister Scott Morrison said on Monday, noting it was a year since the first local coronavirus case was detected.

Vaccination of priority groups with the Pfizer vaccine is expected to begin in late February at 80,000 doses per week, Health Minister Greg Hunt told reporters.

Pfizer had told the Australian government it anticipated continuous supply but would provide global production guidance "in mid-February for March and beyond on a weekly basis," he said.

The Australian rollout update comes after AstraZeneca Plc told European Union officials on Friday it would cut deliveries of its vaccine to the bloc by 60 per cent in the first quarter due to production problems.

Hunt said AstraZeneca had advised Australia the company has "had a significant supply shock and so that means we won't have as much of that AstraZeneca international in March as they had previously promised".

"The decision to pay a premium for an onshore, secure, sovereign vaccine manufacturing capacity via CSL, that puts Australia in a vastly more secure position than almost any other country in the world," Hunt said.

Australia has set a target of 4 million vaccine doses by April. It has also committed to supplying vaccines to Pacific Island nations on a later timetable.

The Pfizer vaccine has been provisionally approved by the Therapeutic Goods Administration's (TGA) for Australians aged 16 years and over.

Australia will administer the two doses of the vaccine to each recipient at the recommended time.

"You don't start what you can't finish, and finishing the job involves two doses," said Morrison, adding a digital system would ensure people get two doses each.

However, he cautioned there are limits to what a vaccine rollout would mean for the country, with current border restrictions expected to remain in place. Quarantine and border personnel, frontline health workers and aged care and disability staff and residents will be the first group to receive vaccines.

There have been no new cases of community transmission in Australia in the past seven days, and there are no Australians with coronavirus in hospital intensive care units. Hunt contrasted this with 6 million cases globally in the last 10 days and 125,000 lives lost.

"That comparison is almost unbelievable, the difference between where we are in Australia and overseas," he said.

Australia has had just under 28,800 cases in the past year, the overwhelming majority in Victoria state, and 909 deaths.