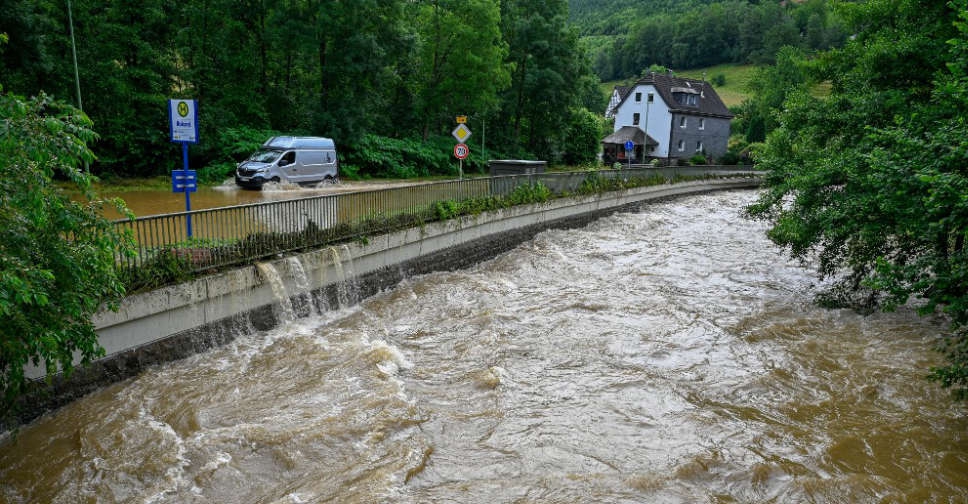 At least 11 people have died and dozens were reported missing on Thursday as record rainfall in western Germany caused rivers to burst their banks, swept away homes and inundated cellars.

Police said four people had died and 70 were missing around the wine-growing hub of Ahrweiler, in Rhineland-Palatinate state, after the Ahr river that flows into the Rhine burst its banks and brought down half a dozen houses.

One local man fled Ahrweiler to safety after a flood warning was issued at 2 a.m. (0000 GMT).

"I've never experienced a catastrophe where the river burst its banks in such a short space of time," the 63-year-old man, whose name was not given, told SWR television.

To the north, in North Rhine-Westphalia, two people were found dead in flooded cellars in Cologne, with further deaths in Solingen, Unna and Rheinbach, police said. On Wednesday night, two firefighters died in the state - one drowned while the other collapsed after a rescue mission.

Around 50 people were stranded on roofs in Ahrweiler, and more houses were at risk of collapse. Police helicopters flew in from neighbouring states to winch people to safety, Koblenz police said.

Video footage from nearby Bad Neuenahr showed cars and trucks strewn across streets and one sport-utility vehicle perched on a fence, a road blocked by wreckage and fallen trees as flood waters receded on Thursday morning.

Malu Dreyer, premier of the Rhineland-Palatinate, said he planned to visit the scene of the flooding.

"It's a catastrophe! There are dead, missing and many people still in danger. All of our emergency services are in action round the clock and risking their own lives," said Dreyer.

"I extend my sympathies to the victims of this flood catastrophe."

Further down the Rhine river, the heaviest rainfall ever measured over 24 hours caused flooding in cities including Cologne and Hagen, while in Leverkusen 400 people had to be evacuated from a hospital.

State premier Armin Laschet, the conservative candidate to succeed Angela Merkel as chancellor at a general election in September, was due to visit Hagen on Thursday.

Weather experts said that rains in the region over the past 24 hours had been unprecedented, as a near-stationary low-pressure weather system caused sustained local precipitation also to the west in France and the Netherlands.

Rainwater draining into the Rhine, where shipping traffic was partly suspended, were expected to test flood defences along the river, including in Cologne, on the lower Rhine, and Koblenz, when the Rhine and Moselle meet.

More heavy rain was due in southwestern Germany, on the upper reaches of the German Rhine, later on Thursday and Friday, the German Weather Service said.