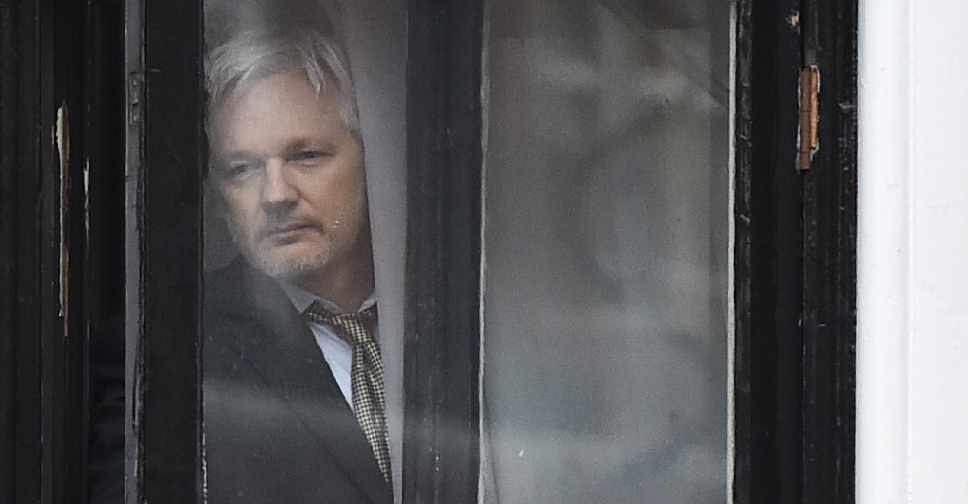 In this file photo taken on February 5, 2016, WikiLeaks founder Julian Assange comes out on the balcony of the Ecuadorian embassy to address the media in central London. BEN STANSALL / AFP

Julian Assange resumed his battle in a London court on Monday to avoid extradition to the United States to face criminal charges over the activities of his WikiLeaks website.

The US authorities accuse Australian-born Assange, 49, of conspiring to hack government computers and of violating an espionage law in connection with the release of confidential cables by WikiLeaks in 2010-2011.

Assange, clean-shaven and wearing a suit at Monday's hearing, formally declined to be extradited to face a superseding indictment issued by US authorities in June.

Assange is seen by his admirers as a champion of free speech who exposed US abuses of power. His critics say that by publishing unredacted documents, he recklessly endangered the lives of intelligence sources.

He has also attracted more recent criticism over the release by WikiLeaks during the 2016 US presidential campaign of documents stolen from the Democratic National Committee, damaging nominee Hillary Clinton. He denies accusations by US investigators that WikiLeaks obtained those documents from Russian hackers. The issue is not part of the legal proceedings.

Assange made international headlines in 2010 when WikiLeaks published a US military video showing a 2007 attack by Apache helicopters in Baghdad that killed a dozen people, including two Reuters news staff. The site later published vast troves of US military records and diplomatic cables.

The extradition hearings started in February but were then postponed for a few months before being further delayed because of a nationwide lockdown to curb the spread of COVID-19.

Assange's lawyers argue that he would not receive a fair trial in the United States on political charges. They have also said he would be a suicide risk if sent to the United States, where they say he could face 175 years in prison.

The pursuit of Assange was part of President Donald Trump's "effective declaration of war on leakers and journalists", they argued in court papers. "He was an obvious symbol of all that Trump condemned, having brought American war crimes to the attention of the world."