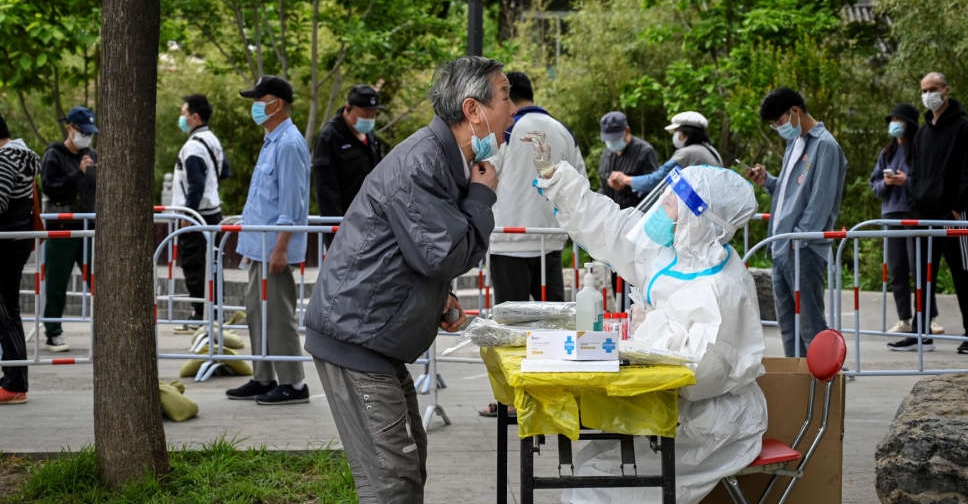 Millions of Beijing residents queued up for another round of COVID-19 tests on Sunday, in what is becoming a daily routine as the Chinese capital races to contain a small but stubborn outbreak - and avoid a Shanghai-type prolonged lockdown.

Regular testing is set to become a feature of daily life in many cities in China, as authorities hope that could help detect and isolate infections early enough to avoid mass closures and movement curbs.

Strict COVID restrictions in Beijing, Shanghai and dozens of other major cities across China are taking a psychological toll on its people, weighing on the world's second-largest economy and disrupting global supply chains and international trade.

Beijing has closed gyms and entertainment venues, banned dine-in services at restaurants and shut scores of bus routes and almost 15 per cent of its sprawling subway system. Even the businesses that remained open were suffering.

Usual clients have stopped dropping by, not wanting to risk any activity that could classify them as close contacts of COVID patients, forcing them into quarantine.

Premier Li Keqiang in a teleconference with other top officials pledged on Saturday to support "as many employers as possible," especially among small and midsize firms, to keep people in their jobs, state agency Xinhua reported.

China's jobless rate stood at 5.8 per cent in March, the highest since May 2020, while that in 31 major cities hit a record 6 per cent. April's full lockdown of Shanghai and stricter curbs elsewhere have since further pummelled the job market.

Chinese authorities are unwavering in their commitment to stamp out the coronavirus, rather than live with COVID like most other countries, which are easing or ditching virus measures. Last week the authorities threatened action against critics of the zero-COVID policy.

In Shanghai, facing China's biggest ever outbreak, most people had been confined to their housing compounds for more than a month. Many complain of not being able to get food or to access emergency healthcare or other basic services.

Parts of Shanghai have seen their risk levels officially downgraded to the point where government rules would in theory allow them to leave their residences.

But while some were allowed out for brief walks or grocery trips, most were still stuck behind the locked gates of their compounds, causing widespread frustration, even altercations.

Beijing was desperate to avoid such drama, relentlessly working to track and isolate infections.

On Sunday, residents lined up for another round of tests in the Chaoyang, Fangshan and Fengtai districts and small parts of others. In a large Chaoyang compound, two people moved around with loud speakers blaring a repeated message reminding residents to be tested.

Many residents, even if not subject to the mass tests, still must show a recent negative result to get to work or enter various venues.

Beijing's daily COVID cases are in the dozens, much lower than Shanghai's at this point in its outbreak, when infections were in the triple digits and rising.

Shanghai's cases fell for a ninth day, Sunday data showed, but remained in the thousands.

Like other cities in China, Shanghai is building thousands of permanent PCR testing stations. With most residents still indoors, this seems to anticipate a gradual return to normal life when people are back out on the streets.

But authorities have warned that remains far off.

Top Chinese leaders meeting last week said the nation would fight any comment or action that distorted, doubted or repudiated its COVID policy. Shanghai party and city officials have also warned against complacency.