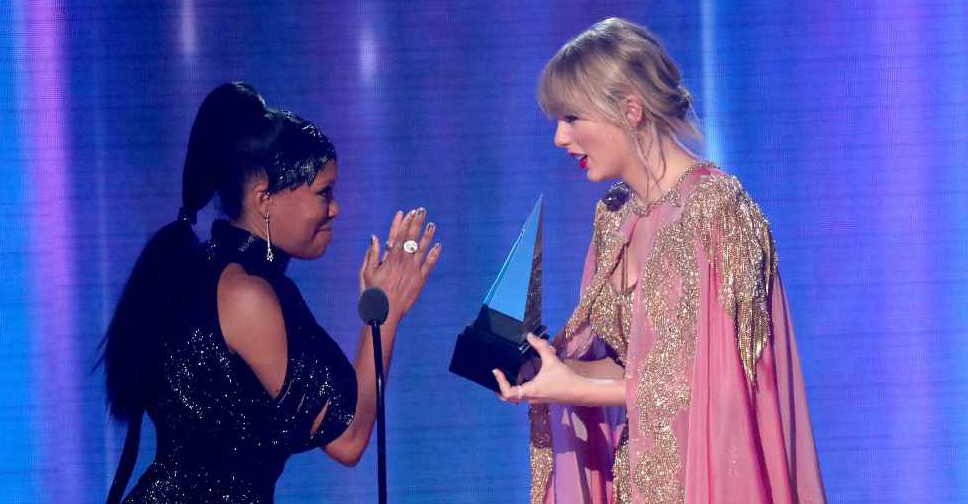 Taylor Swift smashed the record for the number of American Music Award wins after taking home six prizes on Sunday.

The Man singer surpassed the late Michael Jackson's previous record of 24 accolades after triumphing as Artist of the Decade, Artist of the Year, Favorite Artist - Adult Contemporary, Favorite album - Pop/Rock for 'Lover', Favorite Music Video for 'You Need to Calm Down', and Favorite Female Artist - Pop/Rock, taking her total to 29.

And as she picked up her final awards of the night, Artist of the Year and Favorite Album, Taylor reflected on the "complicated" year she's had, with lots of ups and downs.

Speaking on stage, she said: "The last year of my life has had some of the most amazing times and also some of the hardest things I've gone through in my life and not a lot of them are things that haven't been public.

"And I wanted to thank you so much for being the thing that has been a constant in my life.

"Like, this industry is really weird. You feel like your stock is either up or down and people either like you or they don't or you're feeling bad about yourself. But the people that hang in there for you are the ones that you will never forget.

"This year for me has been a lot. It's been a lot of good, a lot of really complicated. And so on behalf of my family and me, thank you so much for being there and for caring."

Elsewhere at the ceremony, Khalid won three awards, while there were two wins apiece for Billie Eilish, Carrie Underwood and Dan + Shay.

BTS also scooped three prizes but were unable to attend, but they sent in a recorded message thanking fans for voting for them to win Favorite Duo or Group - Pop/Rock, Tour of the Year, and Favorite Social Artist.

The evening was hosted by Ciara, while performers included Lizzo, Green Day, Halsey, Kesha and Toni Braxton, who returned to the ceremony to give her first performance since 2001. Taylor also marked her Artist of the Decade win with a medley of her hits.

Artist of the Decade: Taylor Swift

Artist of the Year: Taylor Swift

Tour of the Year: BTS

Favourite Music Video: Taylor Swift, 'You Need to Calm Down'

Favourite song - Pop/Rock: Halsey, 'Without Me'