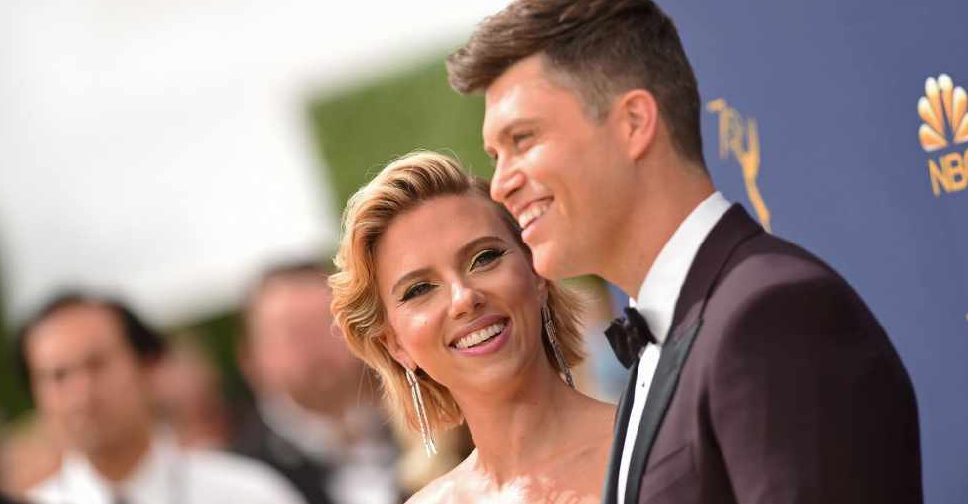 News of the wedding was announced on Thursday by the charity Meals on Wheels, which said the couple were supporting the group's efforts to help elderly people during the coronavirus pandemic.

"We’re thrilled to break the news that Scarlett Johansson and Colin Jost were married over the weekend in an intimate ceremony with their immediate family and love ones, following COVID-19 safety precautions," Meals on Wheels America said on its Instagram account.

"Their wedding wish is to help make a difference for vulnerable older adults during this difficult time," the charity said, asking fans of the couple to make a donation.

Johansson and Jost, a writer and comedian on television sketch show Saturday Night Live, started dating about three years ago and got engaged in May 2019.

It is the first marriage for Jost, 38, and the third for Johansson, 35, who was previously married to actor Ryan Reynolds and French businessman Romain Dauriac, with whom she has a daughter.

Johansson is one of the world's highest-paid actresses thanks to roles that range from playing the Black Widow in comic book movies Iron Man 2 and the Avengers franchise to independent fare like 2019's Marriage Story, for which she received an Oscar nomination.

The standalone movie Black Widow is expected to be released in May 2021.