Ralph Fiennes cooks up culinary heaven and hell in 'The Menu' 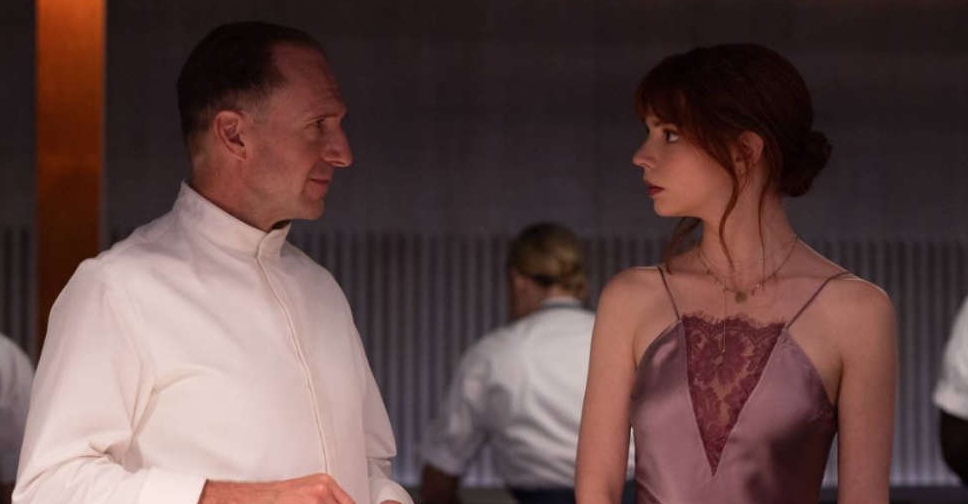 Anya Taylor-Joy and Nicholas Hoult get served a meal to die for in "The Menu", a satirical thriller set in the world of fine dining.

The Queen's Gambit and X-Men stars play Margot and Tyler, a young couple who gets whisked away to a remote private island hosting the exclusive gastronomic establishment "Hawthorne" and its many vegetable patches, farm animals, beehives and live-in staff dormitories.

The two are part of a select group of 12 who have paid a small fortune to dine at the restaurant run by the celebrated American chef Julian Slowik (Ralph Fiennes).

Unbeknownst to his wealthy guests, Slowik and his team of robot-like professionals have planned a one-off menu with some unexpected ingredients, especially for them. But the arrival of Margot seems to sour Slowik's concoction.

The movie pokes fun at its moneyed guests, their ostentatious fine dining experience and the celebrity chef phenomenon, all of which have driven Slowik to despair and disillusionment.

The film's director, Mark Mylod, of Succession and Game of Thrones fame, brought in top chefs to ensure authenticity.

In addition, Crenn and Gelp inspired some of the cast to get cooking, too.

"I wasn't really a foodie before this. I got more into it having watched those things and learnt more about it. And when I'm not shooting, I do like to cook and I've just recently got into baking a little bit," said Hoult.

The Menu, which also stars John Leguizamo as a Hollywood star of yesteryear, Janet McTeer as a snobby food critic and Hong Chau as the restaurant's unwavering maitre d', is out in cinemas globally from November 17.