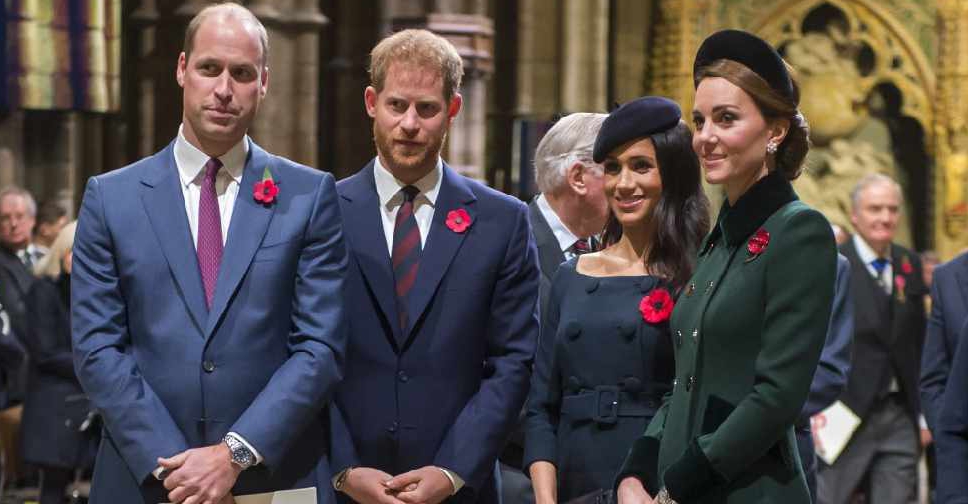 Britain's Prince Harry took offence when Prince William advised him to "take as much time as you need to get to know this girl" when he was dating Meghan Markle.

That's according to a new book titled Finding Freedom, which both Harry and Meghan have distanced themselves from.

The couple claimed they were not interviewed for the biography being serialised by The Times and The Sunday Times newspapers and made no contributions to it.

The book documents, citing sources, a time when Harry and Meghan were dating and William wanted to make sure the American actress had the right intentions, The Sunday Times said.

"Don't feel you need to rush this," William told Harry, according to sources cited by the book. "Take as much time as you need to get to know this girl."

The Sunday Times said Harry heard a tone of snobbishness in the last two words, "this girl", and that Harry no longer felt he needed looking after.

The couple and their son, Archie, now live in Los Angeles after they stepped down from their royal roles in March to forge new careers. In January they announced plans to lead a more independent life and to finance it themselves.

Harry and Meghan married in May 2018 in a wedding heralded at the time as infusing a blast of Hollywood glamour and modernity into the British monarchy and which made them one of the world's biggest celebrity couples.