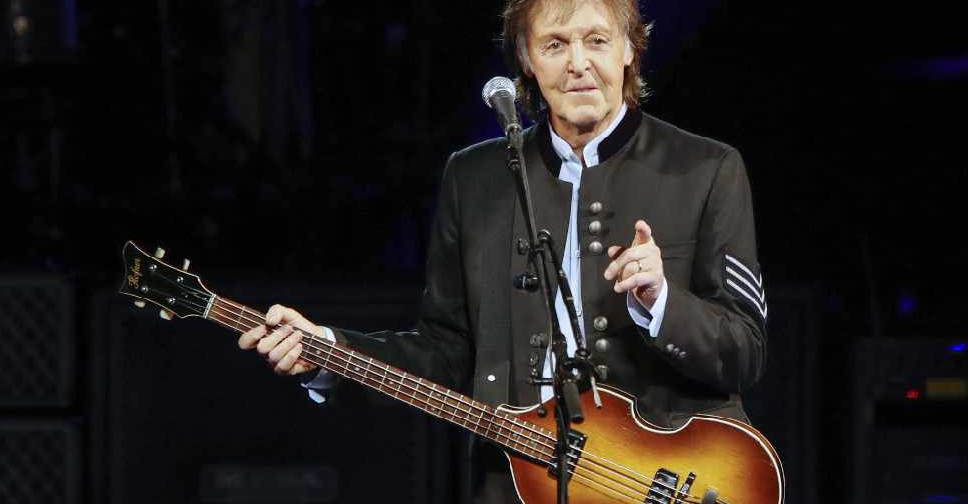 Paul McCartney will release McCartney III in December, a new collection of stripped-back songs all written, performed and produced by the ex-Beatle, 50 years after his first solo album.

Recorded this year in Sussex in southern England, McCartney III is mostly built from McCartney's live takes on vocals and guitar or piano, overlaying his bass playing and drumming.

It joins two other albums -- McCartney and McCartney II -- created single-handedly by the 78-year-old at critical times in his life, in 1970 and 1980, when he was seeking a creative rebirth.

"I was living lockdown life on my farm with my family and I would go to my studio every day. I had to do a little bit of work on some film music and that turned into the opening track and then when it was done I thought what will I do next?" said McCartney.

He turned to half-finished fragments he'd created over the years.

"Each day I'd start recording with the instrument I wrote the song on and then gradually layer it all up, it was a lot of fun. It was about making music for yourself rather than making music that has to do a job. So, I just did stuff I fancied doing. I had no idea this would end up as an album."

McCartney's most recent album is 2018's Egypt Station, and the musician was still touring last year.