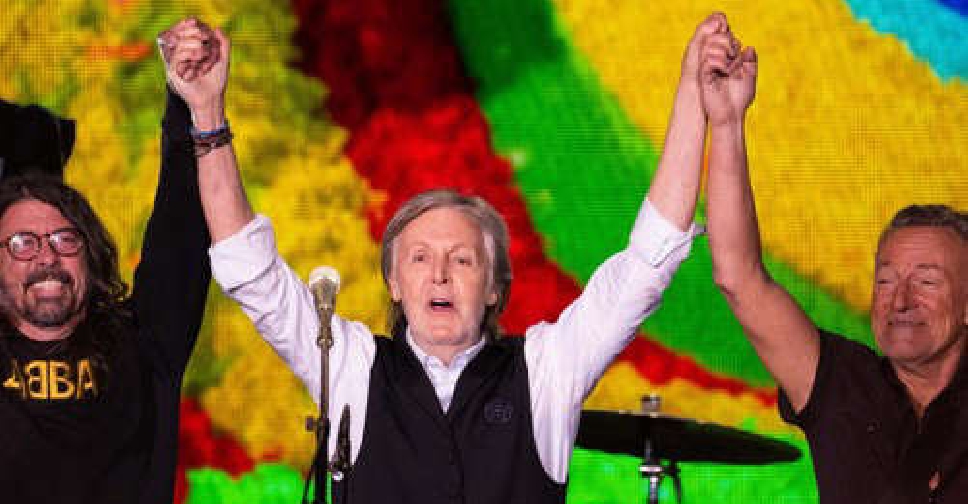 Paul McCartney was joined by special guests Bruce Springsteen and Dave Grohl and performed a virtual duet with John Lennon in an epic performance at Glastonbury on Saturday night that spanned the first Beatles demo to some of his latest recordings.

The singer-songwriter, who turned 80 a week ago, was the oldest ever solo headliner at Worthy Farm in south-west England, where the festival celebrated its fiftieth anniversary two years later than planned due to the pandemic.

Opening with Can't Buy Me Love, McCartney entertained a capacity crowd with songs spanning more than half a century, from Beatles classics to Come On to Me from 2018 album Egypt Station.

Foo Fighters frontman Dave Grohl joined him for I Saw Her Standing There and Band on the Run, receiving a rapturous welcome from the audience.

McCartney, one of the greatest songwriters of the 20th century with the late John Lennon, paid tribute to his former band mates in the near-three-hour show. He played George Harrison's Something and performed a virtual duet with Lennon on I've Got a Feeling.

Grohl and Springsteen came back for the final encore of The End from Abbey Road.

"Thank you Dave, thank you Bruce, thank you Glasto," McCartney said before leaving the stage.