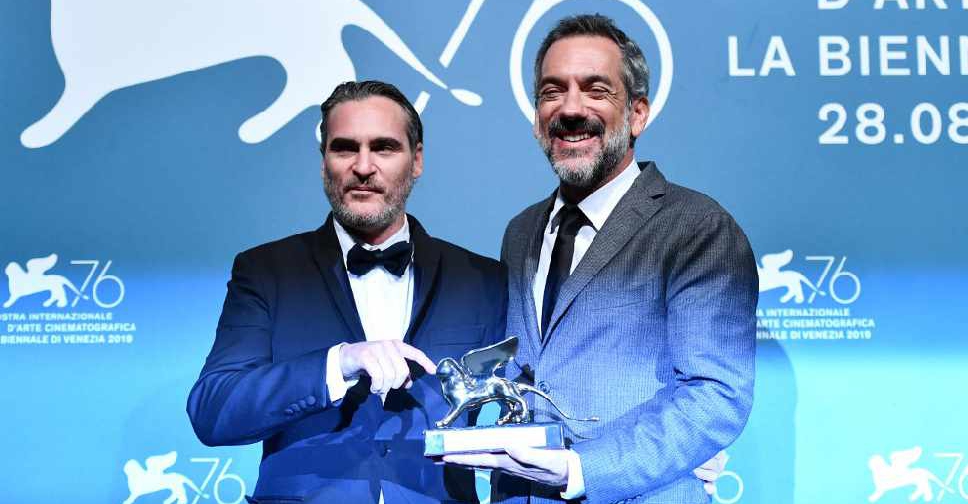 Joker, starring Joaquin Phoenix, had received an eight-minute standing ovation at its premiere in the Italian city on Saturday.

"I want to thank Warner Bros and DC for stepping out of their comfort zone and taking such a bold swing on me and this movie," director Todd Phillips said in his acceptance speech.

"There is no movie without Joaquin Phoenix ... Joaquin is the fiercest and bravest and most open-minded lion that I know."

Best director went to Sweden's Roy Andersson About Endlessness, while Italian director Franco Maresca won the Special Jury Prize for satirical documentary Mafia Is No Longer What It Used to Be.

Best screenplay went to Chinese filmmaker Yonfan for the animation No. 7 Cherry Lane.